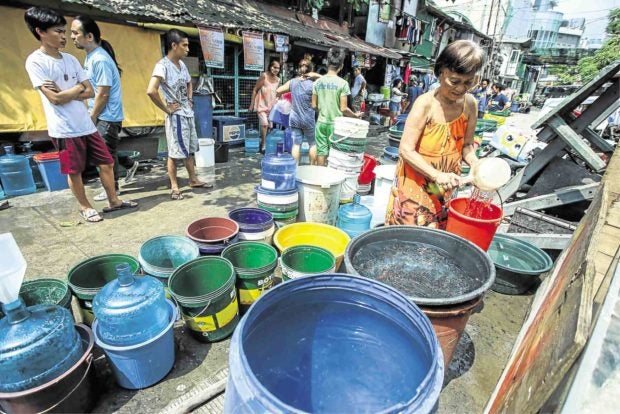 MANILA, Philippines — The Interior Department reminds local government units (LGUs) to prioritize the access of clean water supply and other basic services since they are set to receive a bigger budget in 2022, especially since about half of the country’s population does not have easy access to a water supply.

Interior Secretary Eduardo Año said that local government units with waterless communities and far-flung areas that still largely depend on wells and springs should prioritize projects on water and sanitation on next year’s budget, which is the beginning of the implementation of the Mandanas-Garcia ruling.

Local governments would now have more budget for priority development projects with the Mandanas implementation.

But before the rollout of the Supreme Court ruling next year, the local government needs to have a devolution transition plan (DTPs), according to Interior Secretary Eduardo Año.

All LGUs are tasked to formulate and prepare their DTPs to guide the transition in their full assumption on devolution, or the transfer or delegation of the national government to the local administration. This includes having their increased share in all national taxes and revenues.

“The Mandanas ruling challenges LGUs to step up their game in terms of the delivery of essential public services now that they have more resources at their disposal to take care of the needs of their constituents. Among such essentials is the provision of greater access to clean drinking water,” Año said in a statement.

Interior Undersecretary for Local Government Marlo Iringan said that more than 50 million Filipinos still have to resort to fetching water from springs and wells kilometers away from their homes, and four million still practice open defecation.

To address this, among the initiatives done by the government are the 7,921 sub-projects which have been completed since 2012 under DILG’s Provision of Potable Water Supply- Sagana at Ligtas na Tubig sa Lahat Program.

The Interior Department is also cooperating with the World Bank’s program called Utility of the Future, a program designed to build and maintain transformation efforts in water supply and sanitation utilities.

“We want our communities to be able to use water that is up-to-standard, reliable, sufficient, affordable, and as much as possible, would not run out,” Iringan said.

Iringan said the said projects are in line with their objective of bringing universal access of water supply and sanitation infrastructure and services for every Filipino by 2030.