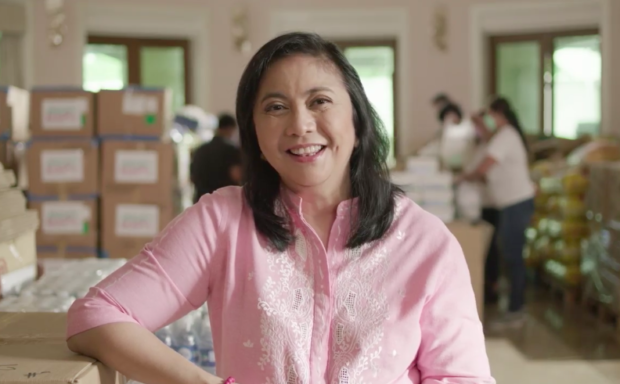 MANILA, Philippines — Radio station and news outfit DZRH has issued an apology to Vice President Leni Robredo and her volunteers after an erroneous report claiming that people in Northern Samar were offered money just to join a caravan for the presidential aspirant.

In a statement from Manila Broadcasting Corporation (MBC) vice president and DZRH Nationwide station manager Cesar Chavez, he admitted that their reporter — who made the story about Robredo’s volunteers allegedly getting unpaid because organizers kept the money to themselves — had no direct quote to substantiate the claims.

DZRH is an AM radio station under the MBC banner.

(We are apologizing to VP Leni Robredo and her supporters who did a motorcade in some towns in Northern Samar last Saturday, October 30, 2021.)

(Based on my research, up to this time, our reporter has not placed any direct quote from anyone who would say that they were ‘not paid’ and that the organizers “kept the funds to themselves,” regarding the money which was supposed to be paid for people joining their motorcade.)

Chavez also confirmed that the said reporter has been suspended from service for now.  The MBC official, who was once part of Manila Mayor Isko Moreno’s office in the city, stressed that what happened is not part of their policy.

(This means our reporter has not talked to anyone in Northern Samar who could testify that there were non-payment incidents that happened in that event.  Because of this, our reporter has been temporarily suspended while our station is making the appropriate investigation.)

(We do not give our consent to these actions. This is not our policy.  However, we also accept responsibility for this mistake, along with our assurance to the public that we would continue striving for a balanced, fair, and responsible reporting on our multimedia platforms.)

Robredo, for her part, has already thanked Chavez on Twitter for issuing the clarification.  Her spokesperson, lawyer Barry Gutierrez, on the other hand emphasized the important role of the media in the 2022 national elections.

“As support for VP Leni grows, we know that the hired trolls of other candidates will work overtime to spread lies and fake news. But we expect a bit more from those in the media profession,” Gutierrez added.

The supporters of the Vice President have insisted hours before Chavez’ statement that those who joined the caravan either donated materials like banners and food items, or spent their own money.

“Everyone who participated spent their own money for their food, drinks, gasoline, and other expenses,” the Leni For President Movement- Northern Samar said in a Facebook post.

“Some donated tarpaulins, stickers, banners, ribbons, balloons, snacks and bottled water, but there was no fund or ‘pondo’ that was given by the OVP or any individuals or group of individuals associated directly or indirectly with VP Robredo or her team,” it added.

Robredo and her family have been long-time victims of misleading information, ever since she was elected Vice President and stepped up as a leading opposition figure to President Rodrigo Duterte’s administration.

In October  2020, she warned the public against social media cards saying that she’s ready to be president, even when she had not made any decision.  Exactly a month after that, Robredo said that there were Facebook accounts masquerading as her daughter.