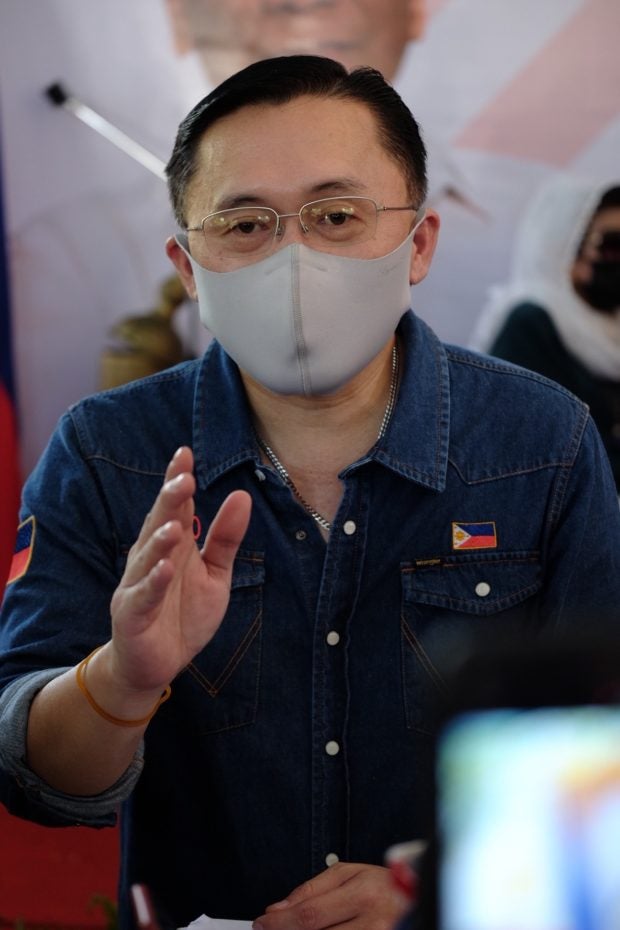 (If I were to ask and that’s what the people want—anytime, anywhere, I am willing to undergo drug test.)

(While it is not a requirement that candidates should undergo drug testing, I agree that we should volunteer to determine if the candidates who will serve the country are “fit for public service.”)

It was senatorial aspirant and veteran radio host Raffy Tulfo who said that he intends to propose to the Commission on Elections the drug testing of candidates using hair follicles instead of urine, the drug testing method he favors in his radio program.

Tulfo said such a method could detect drug use for 90 days, compared to urine’s validity, which is limited to a few days.

Meanwhile, Go also said that the fight against drugs should have a more balanced and holistic approach, pointing out that he filed Senate Bill No. 399 in 2019 to establish a Drug Abuse Treatment and Rehabilitation Center.

“In addition to the fight for the nation’s safety and security against the menace of illegal drugs, we must also direct attention towards the recovery of its many victims,” Go said. “Drug dependents should be treated as victims in need of medical, psychological, and spiritual help.”