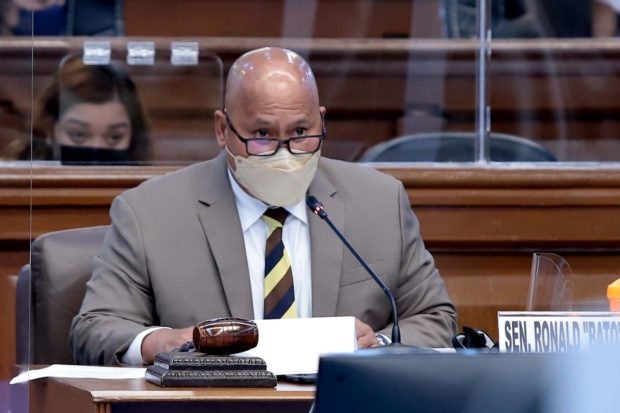 MANILA, Philippines — Presidential aspirant Sen. Ronald “Bato” dela Rosa on Saturday said he and allied senators would push for President Rodrigo Duterte to become the Senate President should the chief executive run an elective post for the legislative branch.

It can be recalled that PDP-Laban faction of Energy Secretary Alfonso Cusi said they were convincing the President to run for a Senate seat, even as Duterte announced that he is now retiring in politics.

(If we have many allies there, I will make a move for him to become the Senate president to discipline the Senate.)

Dela Rosa said he will initiate the move of Duterte becoming the Senate president.

(I will initiate that if I will not go to Malacañang.)

Elected in 2019, Dela Rosa could finish his term in the Senate for the next three years should he lose or give up his run for presidency.

When asked if there is a good chance that the Cusi-wing would convince Duterte to run, Dela Rosa said: “The way I heard Secretary Cusi, yung kanyang mga pronouncement, baka may indicator talaga na pwede siyang tumakbo.”

(…and his pronouncements, there may be an indication that the President could run.)

(Because the senators in our slate are willing to offer their slot for President Duterte. So maybe, maybe we can convince him.)