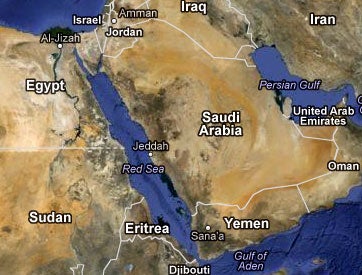 Saudi Arabia has summoned its ambassador to Lebanon for consultation and asked the Lebanese ambassador to the kingdom to leave within 48 hours, the Saudi state news agency SPA reported on Friday.

The kingdom also imposed a blanket ban on all imports from Lebanon.

Saudi Arabia’s decision comes days after comments made by Lebanon’s information minister that were critical of the Saudi-led military intervention in Yemen put fresh strains on Gulf-Lebanese relations.

The comments by George Kordahi in an interview he said was recorded on August 5, nearly a month before he took office, circulated heavily on social media on Tuesday. He has said he would not resign over the incident.

Prime Minister Najib Mikati sought to avert the diplomatic fallout and said the comments made in an online show affiliated to Qatar’s al Jazeera network did not reflect the cabinet’s position.

Mikati has been hoping to improve ties with Gulf Arab states which have been strained for years because of the influence wielded in Beirut by the Iran-backed Shi’ite group Hezbollah.

“The control of the terrorist Hezbollah on the decision-making of the Lebanese state made Lebanon an arena for implementing projects for countries that don’t wish Lebanon and its people well,” the statement carried by SPA said.

There was no immediate comment by the Lebanese government on the expulsion of its ambassador or the ban on imports.

In April, Saudi Arabia banned all fruit and vegetable imports from Lebanon blaming an increase in drug smuggling.

The ban added to the economic woes of Lebanon, already in the throes of one of the modern times’ deepest financial crises.

Read Next
Russia signals not ready to let Afghanistan’s Taliban into UN
EDITORS' PICK
Acer starts the year off strong with the Aspire Vero National Geographic Edition
Comelec division junks petition to cancel Marcos COC for president
PH logs 37,070 more COVID-19 cases; over 33K others recover
The best of bayside and city living at SMDC’s Sail Residences
‘Not yet the end’: Lawyer says Marcos Jr’s DQ cases to take lengthy process
Over 3 Million worth of prizes to be won at Smart Padala’s SENDali Manalo Promo!
MOST READ
NBI foils escape attempt of Kerwin Espinosa, two others
‘Not yet the end’: Lawyer says Marcos Jr’s DQ cases to traverse lengthy process
Wendell Ramos finally gets to hold his newborn for the 1st time
Marcos camp ‘extends hand of unity’ after COC cancellation bid is thrown out
Don't miss out on the latest news and information.