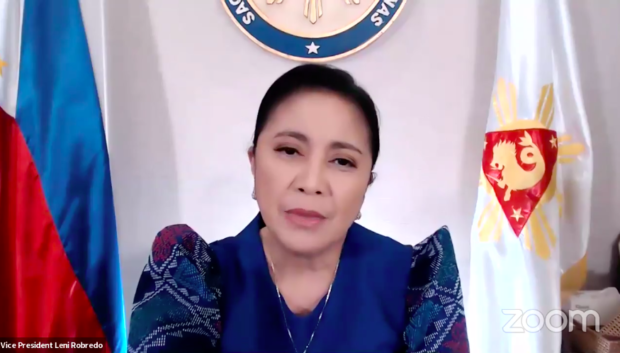 MANILA, Philippines — Presidential aspirant and Vice President Leni Robredo on Friday fired back at her critics who kept on making a big deal of her statement about vote-buying.

Robredo, in a press conference, said that she is not condoning vote buying, but is only pointing out the “realities on the ground” that vote-buying remains very rampant despite it being an offense against the Omnibus Election Code.

(That’s the reality. Don’t make a big deal of my statement. Our problem is how to enforce the laws against vote-buying.)

The vice president called on government forces to enforce laws against vote-buying, noting that she was a victim of vote-buying herself.

Robredo, while stressing that vote-buying is an illegal act, told voters to take a more pragmatic approach of taking the money from politicians — which, she said, could be taxpayer’s money anyway — but vote based on conscience. She said this could also serve as a lesson to politicians if they did not win the elections despite paying for votes.

The presidential aspirant also said it is “easy” to say that one is against vote-buying without considering other factors.