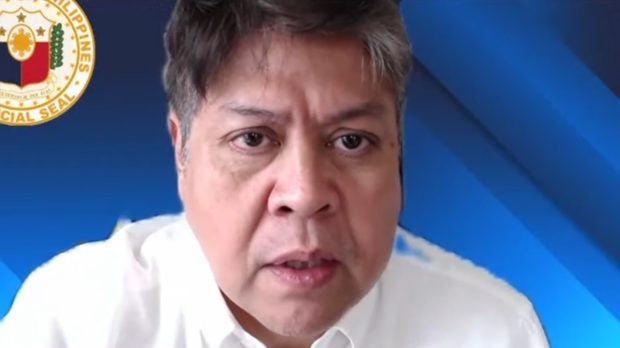 MANILA, Philippines — Even though a local company could produce almost 40 million face masks monthly during the COVID-19 outbreak in the country, the Procurement Service of the Department of Budget and Management (PS-DBM) decided to go with Pharmally. Pharmaceutical Corp.

In the hearing, Carrillo, whose CPMP includes Medtecs International Corporation Limited, testified that the firm produced 39.2 million face masks from March to June when the Bayanihan to Heal As One Act took effect.

(In effect, it is not true that you are running out of masks… True, it’s urgent, but there’s a local source. What is the capacity in February of Medtecs […] in terms of mask production?)

During the Bayanihan 1 period from March to June, Carillo said the capacity per month was 39.2 million for surgical masks.

Pangilinan said the Bataan-based company could produce almost 40 million masks per month, indicating that masks are not in short supply.

Pangilinan questions why PS-DBM, then under Lloyd Christopher Lao, purchased from Pharmally when the Philippine Red Cross and even large drug store chains could easily obtain masks from Medtecs.

Senator Richard Gordon, who chairs the blue ribbon committee, said in reply that he has heard of “horror stories” about how Medtecs was trying to give the Philippine government a cheaper option compared to Pharmally but was ignored.

Medtecs supposedly sold masks at P22.50 per piece when there was a shortage of supply early into the pandemic.  Another company, EMS, sold it at P13 per piece when supply started to stabilize.

In contrast, Pharmally sold face masks at over P27 per piece.

“There are horror stories about Medtecs trying to provide and they were rejected several times.  They were going to produce early and they were rejected.  Natatakot lang sila na baka pahirapan sila pero (The fear is simply that they may be treated harshly, but) I do know for a fact because we deal a lot with them, and they were not given the time of day,” Gordon said.

“They (PS-DBM) were always moving the goalpost as I illustrated earlier on in the hearings when a qualified person or corporation would come in, they would always find a new requirement that would disqualify them,” he added.

He said that it has already been proven that Pharmally did not have the monopoly of face masks during the period.

“That has already been proven, and you are emphasizing that fact which is great because we were able to prove that DOH bought at P16 (per piece) at the time they bought from Pharmally the first time, and then, later on, they got from EMS at a much lower rate as well, at P13 if I’m not mistaken,” Gordon explained.

“And you’re right, Medtecs tried to offer them, in fact, they were there, but they were barred and kinuha lahat ng China’ yong ginagawa ng Medtecs afterward,” he added, referring to the fact that Pharmally’s face masks were imported from China.

The lack of a supply early into the COVID-19 pandemic has been used by government officials responsible for the procurement with Pharmally, like Lao, Health Secretary Francisco Duque III, and President Rodrigo Duterte himself, who said several times that there was no overpricing in the face masks.

In one instance, Duterte said that China already had a lot of face masks available even before the pandemic struck, explaining why most of the importations were from China.

According to Lao, the face masks obtained from Pharmally were the cheapest at that time, and the government had to compromise, or health workers would have no masks to use.

Local manufacturers of pandemic supplies in the past have expressed their disappointment with the government’s preference for imported personal protective equipment when the local industry can provide suitable quality materials at a lower price.

The Senate is still investigating the government’s transactions with Pharmally after the Commission on Audit (COA) report showed deficiencies in the Department of Health (DOH) COVID-19 funds amounting to P67.32 billion.

Part of that P67.32 billion is the P42 billion funds transferred by DOH to PS-DBM, which then granted contracts worth P8.7 billion to Pharmally despite having a small paid-up capital of P625,000.