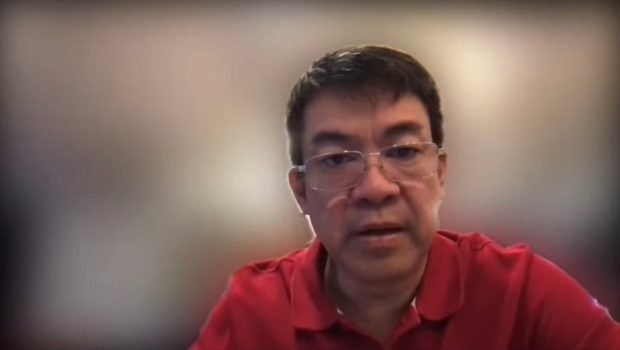 MANILA, Philippines — The move of the PDP-Laban’s Cusi faction to convince President Rodrigo Duterte to run for the Senate in next year’s elections smacks of “desperation,” Senator Aquilino “Koko” Pimentel III said.

“They give [the] impression that they do not have strong candidates within their group and that they are all simply riding on and are totally dependent on the popularity and strength of personality of the incumbent president,” the senator added.

“That for us is ‘personality politics’ which we want to see ended here in [the Philippines] as soon as possible,” he further said.

Pimentel then stressed the need for parties to aspire for “issues-based politics.”

“The good future of our country is better assured by a program of government approved by the people [through] their votes than by blind loyalty to a mortal person with the expectation of a return favor,” he added.

Pimentel and Cusi are from feuding factions within PDP-Laban. For the 2022 elections, the two groups are endorsing separate sets of presidential and vice presidential candidates.

The Cusi wing earlier nominated Duterte to run for vice president, which the Chief Executive had initially accepted.

But in a surprise move, Duterte instead announced his retirement from politics, with his long-time aide, Senator Christopher “Bong” Go, taking his place as the Cusi’s wing’s vice presidential bet.