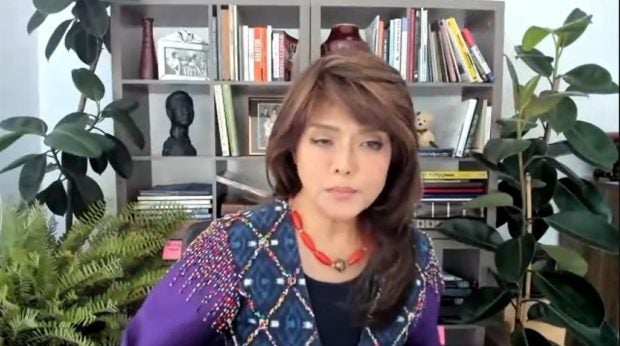 This was according to the former senator’s sister, Senator Imee Marcos, who said that her brother is still looking for a running mate.

(Our preference is very obvious, we have the so-called “Solid North.” We’re strong in the north. Bongbong is also strong in the National Capital Region in one way or another as well as Region 8. But we are a bit scared when it comes to Mindanao.)

“So naturally we’re tending towards the Mindanao and VisMin candidates,” she added.

(So naturally we’re tending towards the Mindanao and VisMin candidates.)

Sen. Marcos also said they are considering Pacquiao to be her brother’s running mate should the boxer-turned-politician is willing to slide down to a vice presidential bid.

Pacquiao is running for president with House Deputy Speaker Lito Atienza as his running mate.

(There’s also the option…we also like the idea, of course he’s from Mindanao, if Sen. Pacquiao will slide down. He’s from Mindanao, he’s super popular and we are friends even though there’s been a slight attack lately.)

(We are not thin-skinned, we know it’s because of the elections, it’s OK.)

The senator did not elaborate on this but it can be recalled that Pacquiao earlier said the Marcos family should return their “ill-gotten wealth” and apologize for abuses during the Marcos regime.

Aside from ensuring votes in the South, Sen. Marcos said her brother is looking for a running mate he can get along with well.

(Bongbong is looking for a running mate that goes well with him, who he can go along with and trust.)

(It’s not all about the votes. He needs someone he also considers a friend to a certain degree.)