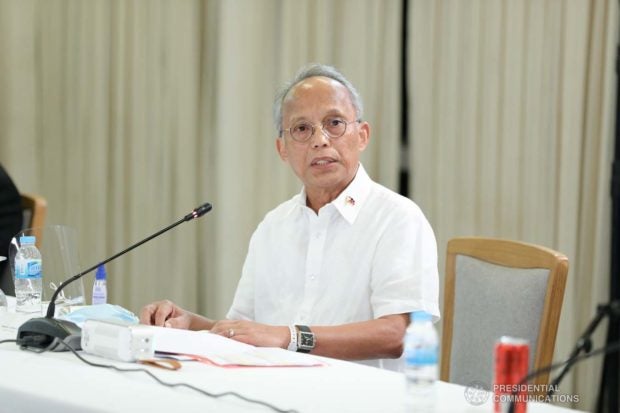 MANILA, Philippines — The PDP-Laban party under Energy Secretary Alfonso Cusi’s wing signed an alliance agreement with the Reform Party on Tuesday to bolster its ties with other sectors.

In a program, Cusi signed the agreement with former Magdalo member and Reform Party president Col. James Layug, who pledged to endorse Senator Bong Go’s bid for vice president in the 2022 elections.

(The Reform Party may surprise you. PDP-Laban is already familiar to you. The PDP promotes party politics, while we promote the programs the president has already launched […] we signed an alliance with the Reform Party because they believe in what we are espousing.)

(So when we met, we signed the agreement so that we could advance the program that our president started.)

According to Layug, the Reform Party — an offshoot of Secretary Gregorio Honasan’s Reform the Armed Forces Movement — will also support the senatorial candidacies of Honasan, Secretary Mark Villar and Secretary Greco Belgica.

“Let us work for social, economic, and political reform, in pursuit of a better tomorrow for our country and our children,” Layug said.

Cusi said that the Reform Party is only supporting three candidates as they allow them to have some freedom in their decision.  As to why they have not thrown their support for Senator Ronald dela Rosa’s presidential bid, Cusi noted that they will still talk it over.

(With this in mind, you will wonder why the reform party has not endorsed Senator Bato yet. They say we are still talking, but I’m sure when November 16 comes, we will have one common candidate.)

PDP-Laban is fielding Dela Rosa and Go for the 2022 national elections, but many have expressed doubts about whether Dela Rosa is really intent on running, as he has openly stated that it would be better for Davao City Mayor Sara Duterte-Carpio to run in his stead.