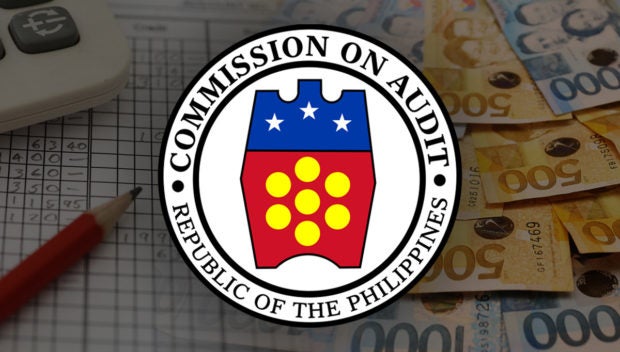 MANILA, Philippines — The National Housing Authority (NHA) paid P426.1 million for 1,087 government housing units which were found to be not substantially completed.

The disbursements served as advance payments which, according to the Commission on Audit (COA), constituted an “illegal expenditure.”

In their 2020 report on the NHA, state auditors noted further that the housing agency had other advances to contractors which totaled P3.368 billion by the end of that year.

The total advances include P520.249 million in unrecouped payments and P394.013 million for 33 terminated or rescinded contracts.

The 1,087 housing units flagged by auditors were part of 2,372 units already paid by the NHA, of which 1,285 were verified to be substantially complete and ready for occupancy.

The complete housing units cost P503.72 million, with each having a minimum floor area of 26 square meters priced at P392,000.

As for the incomplete housing units, they were “found either not yet started, ongoing and/or up to 75 percent [complete],” the COA said in its report.

The audit body said the P426.1 million in advance payments were contrary to a 2012 COA circular on irregular, unnecessary and excessive expenditures, as well as to Presidential Decree No. 1445, or the Government Auditing Code.

Furthermore, Republic Act No. 9184, or the Government Procurement Reform Act, mandates that advance payments to contractors should not exceed 15 percent of the total contract price, and should be made only upon the issuance of a letter of credit, bank guarantee or surety bond.

The law’s implementing rules and regulations also require that a contractor repays the advances by deducting 15 percent from his periodic progress payments.

The COA said “a separate independent evaluation or assessment report is needed to check if the number of developed lots and substantially completed housing units are reported accurately.”

The NHA was also advised to monitor its housing projects and “refrain from making advance payment[s] or paying more” than the actual sum of completed units.

“As to rescinded or terminated contracts, it was noted that management did not forfeit the performance securities and/or advance payment bond posted by the concerned contractors upon default period and upon termination of their contracts,” the audit report said.

The NHA should initiate legal action against contractors who have not refunded the advance payments, state auditors also said.

The agency, in response, said it would consider the COA’s recommendations.

Regarding the P520.249 million in unrecouped payments, the NHA said it had already recovered P5.99 million of that amount as of June 30, leaving a balance of P514.25 million.

The NHA said it was looking into the other alleged advance payments.