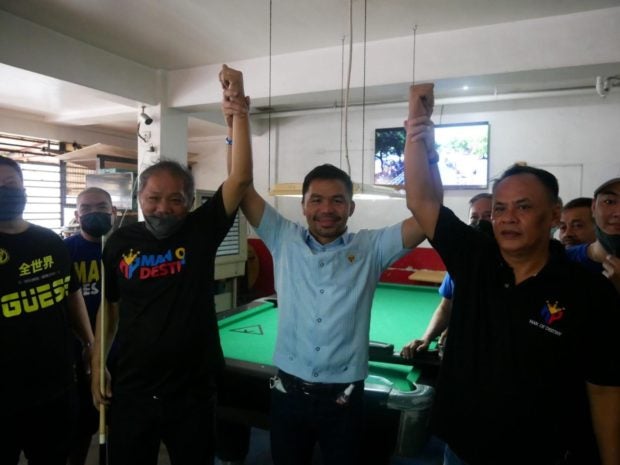 The match occurred during Pacquiao’s visit to Barangay Malamig, Mandaluyong City after Reyes and Bustamante pledged their support for the boxing icon’s presidential run in 2022. 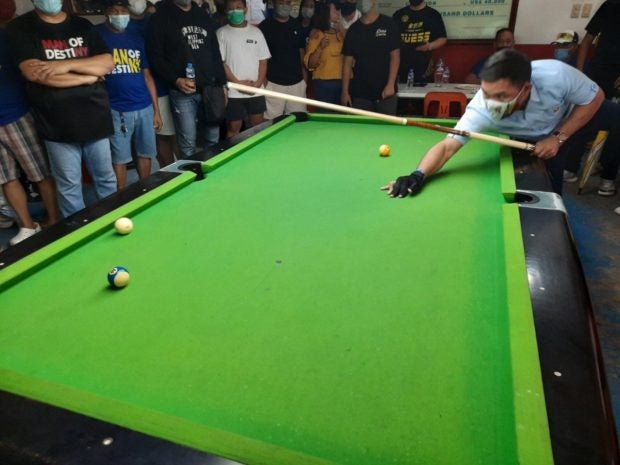 Manny Pacquiao assesses the position of the balls during a match with Efren Reyes and Django Bustamante in Mandaluyong City. PHOTO/Jan Escosio

“I am grateful to the world’s greatest and billiards legends Efren ‘Bata’ Reyes and Django Bustamante for expressing their support in my fight for the presidency,” said Pacquiao in a statement on Monday.

(It is an honor to be with the likes of Reyes and Bustamante in my vision to transform our country into a progressive, modern and corrupt-free nation.)

According to Pacquiao, all three of them share the passion of bringing pride and honor to all Filipinos. 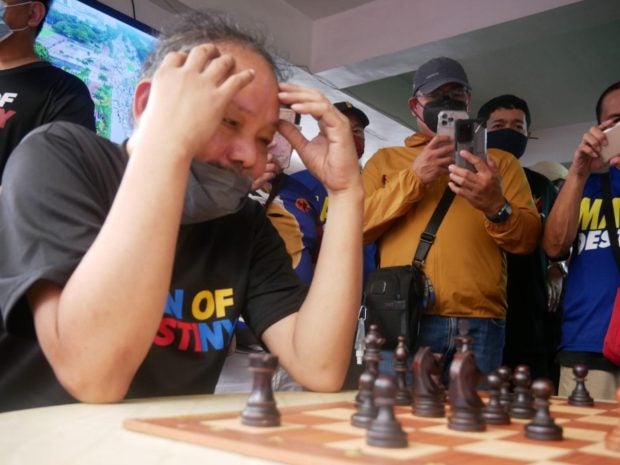 (We will make sure that we continue to help our athletes even in our own capacity. Long live the Filipino athletes.)

Pacquiao finalized his presidential bid on Oct. 1 when he filed his certificate of candidacy for president under the Probinsya Muna Development Initiative or Promdi, one of the political organizations under the MP3 Alliance.

He will be running with former Manila City mayor and Buhay Rep. Lito Atienza as his vice president.

Pacquiao also recently announced his retirement from boxing on Sept. 29 after being declared the standard-bearer of the PDP-Laban faction that he was leading with Senator Aquilino “Koko” Pimentel III during a national assembly conducted on September 19.

Pacquiao: king of the ring rumbles for Philippine presidency