12 rescued from stranded speedboat in Zambales 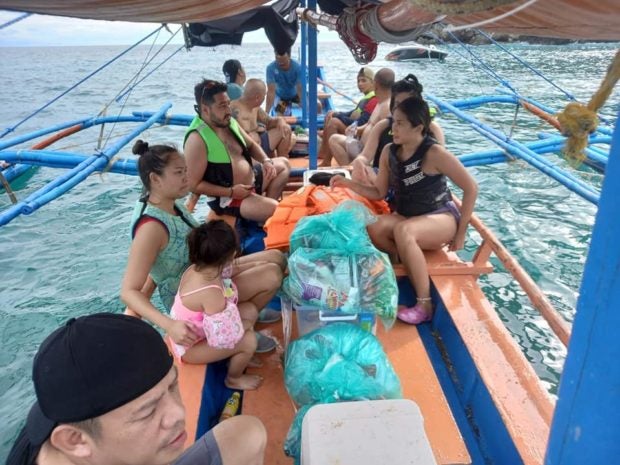 Personnel of the Philippine Coast Guard in Zambales province rescued 12 passengers of a distressed speedboat near the Camara Island in San Antonio town on Sunday, Oct. 24. (Photo courtesy of CGS Zambales)

SAN ANTONIO, Zambales – Twelve people, including a minor, were rescued after their speedboat hit a rock near the Camara Island here on Sunday, October 24, the Philippine Coast Guard (PCG) said.

According to the local PCG station, strong waves battered the speedboat, causing it to crash into a huge rock that damaged its hull.

The PCG immediately deployed a team to rescue the passengers from the distressed speedboat.

All of the rescued passengers, who were in good condition, were brought to Barangay Pundaquit in this town and were later turned over to their families. INQ