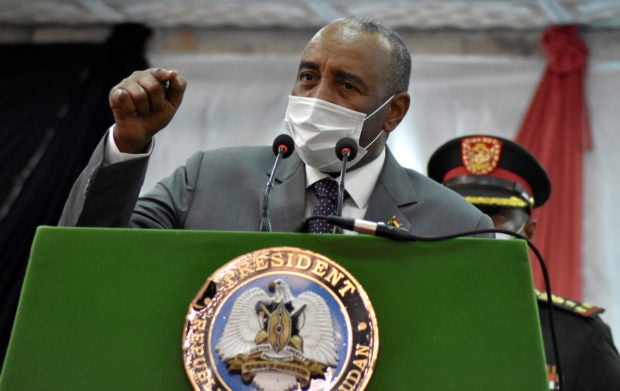 CAIRO — Sudan’s ruling council head Abdel Fattah al-Burhan announced on Monday a state of emergency across the country and the dissolution of the transitional sovereign council and the government.

Earlier, soldiers arrested most of the members of Sudan’s cabinet and a large number of pro-government party leaders in an apparent military coup, throwing a fragile transition towards democracy into disarray.

Prime Minister Abdalla Hamdok was detained and moved to an undisclosed location after refusing to issue a statement in support of the coup, the information ministry said.

Joint military forces holding Hamdok under house arrest were pressuring him to issue a supportive statement, it said.

Sudan has been on edge since a failed coup plot last month unleashed bitter recriminations between military and civilian groups meant to be sharing power following the 2019 ouster of former leader Omar al-Bashir, who was toppled and jailed after months of street protests.

A political transition agreed after his ouster has seen Sudan emerge from its isolation under three decades of rule by Bashir and was meant to lead to elections by the end of 2023.