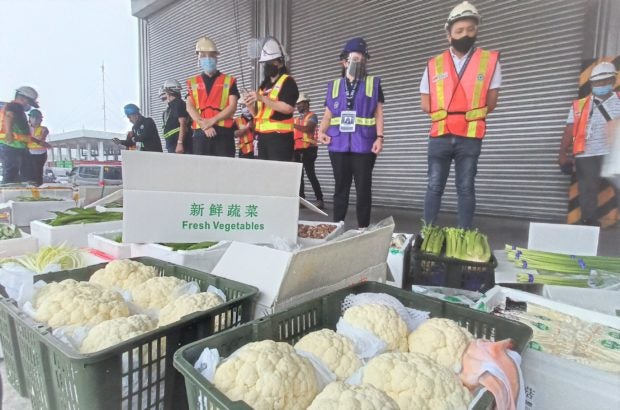 MANILA, Philippines — Former Ifugao representative and senatorial candidate Teddy Baguilat has called on the government to crack down on smuggled vegetables coming from China which leaves Filipino farmers at the losing end.

Baguilat said Friday the Department of Agriculture (DA) and the Bureau of Customs (BOC) should act swiftly on this matter as it hurts further the country’s agricultural sector with farmers already reeling from the impacts of the COVID-19 pandemic.

Competing with smuggled produce from China, he added, only worsens the situation for farmers.

“Our farmers have been suffering since last year due to the COVID-19 pandemic as community quarantines closed off their usual markets from them,” he said in a statement.

“Now, their income is affected by the smuggling of vegetables from China that’s happening before our very eyes. The income of our farmers is being hit by these illegal acts,” he added.

The former House lawmaker’s statement came after P15 million worth of fresh vegetables like cauliflower, carrots, onion leeks, and others — which are also being produced by upland farmers in the Cordillera — were intercepted at the Subic Bay Freeport.

The shipment was consigned to Saturnus Corp., an importer based in Manila.

Baguilat explained that the smuggled vegetables from China are being sold at lower prices compared to the local products because they skip customs and other importation fees.

While the price of vegetables goes down because of an overflowing supply, Filipino farmers stand to lose a lot because they can no longer compete with smuggled goods, becoming a threat to food security.

“Grabe, immediately bagsak ang presyo ng local veggies kasi di maka-compete sa smuggled. So, when Chinese vegetables are smuggled into the country, the smugglers get rich and our farmers lose out,” he pointed out.

“These farmers have families to feed and workers to pay. How can they compete fairly if the government is lax in preventing the smuggling of these vegetables from China? The pandemic has hit them very hard as they could not transport their harvest to Metro Manila and the provinces due to restrictions,” he added.

The Department of Agriculture earlier warned people not to buy smuggled goods. This was after lawmakers noted that certain vegetables like carrots, ginger, and cabbage are being brought into the country illegally.