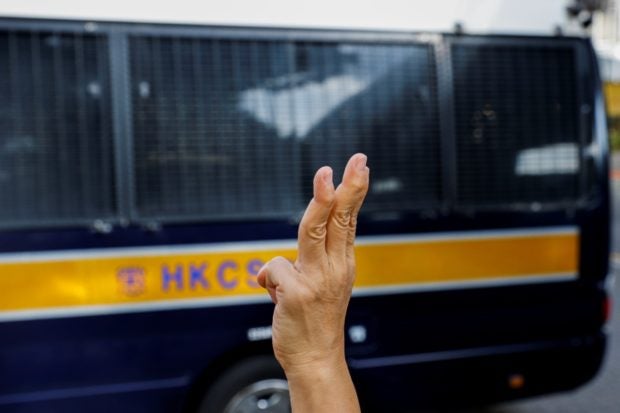 HONG KONG — The Hong Kong government on Friday criticized Washington for its “safe haven” scheme for Hong Kongers to stay and work in the United States amid Beijing’s crackdown on the pro-democracy movement in the Chinese territory.

In August, U.S. President Joe Biden announced a temporary safe haven scheme for Hong Kong residents, allowing what could be thousands of people to extend their stay in response to the crackdown.

Details of the scheme were released on Wednesday by the Department of Homeland Security, helping formalize the eligibility of Hong Kongers traveling on various travel documents to work and live in the United States for up to 18 months.

“Governments that not only harbor but invite or encourage fugitive offenders to live in their country wantonly disregard the rule of law and expose their hypocrisy for all to see,” the statement added.

The former British colony returned to Chinese rule in 1997 with the promise of wide-ranging freedoms.

Since the implementation of a national security law directly by China last year, however, the city has taken an authoritarian turn with widespread arrests as well curbs on free speech and the media.

Hong Kong and Chinese authorities maintain the city enjoys a high degree of autonomy, but certain rights are not absolute.

Brian Leung, the head of the Washington D.C.- based Hong Kong Democracy Council, welcomed the broad inclusiveness of the scheme, saying it would bring much-needed stability and financial security for the city’s politically persecuted.

Sunny Cheung, who testified at a U.S. congressional hearing this week on the clampdown that has seen many of his fellow activists jailed, and himself driven into exile, urged continuing policy moves by the Biden administration.

“Although this is a huge step forward, it must not be the last,” Cheung said.