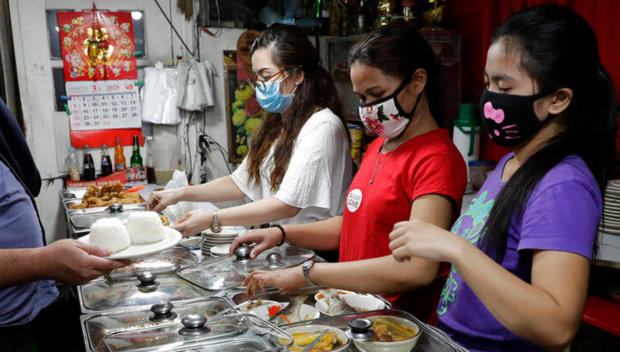 FILE PHOTO: Women wearing protective masks serve food at a small restaurant in Manila, Philippines, on Thursday March 12, 2020. Philippine President Rodrigo Duterte would be tested for the new coronavirus Thursday after he met Cabinet officials who were exposed to infected people and have now self-quarantined, officials said. (AP Photo/Aaron Favila)

MANILA, Philippines—The scene is all too familiar among families. Children who won’t finish their meal get admonished: “Eat your food, many are starving, don’t waste it.”

It is repeated many times over and illustrates the recognition among many Filipino families about the folly of wasting food.

But food wastage happens and it does even as tens of thousands of people go hungry especially amid COVID lockdowns that kept breadwinners away from their daily sources of income.

READ: Open your eyes to the effects of wastage with ‘Wasted: The Story of Food Waste’

Oxfam Pilipinas, a group advocating solutions to poverty, marked World Food Day recently with emphasis on the role that everyone should play in addressing food waste.

The group said while countless Filipinos go hungry because of lack of food, many others are wasting these in volumes that would be enough to ease the hunger of those who have limited or no access to food.

Last July, the Social Weather Stations said 3.4 million families in the Philippines have gone hungry “at least once” between April to June 2021, still above the pre-COVID crisis rate, which is 8.8 percent or 2.1 million families. 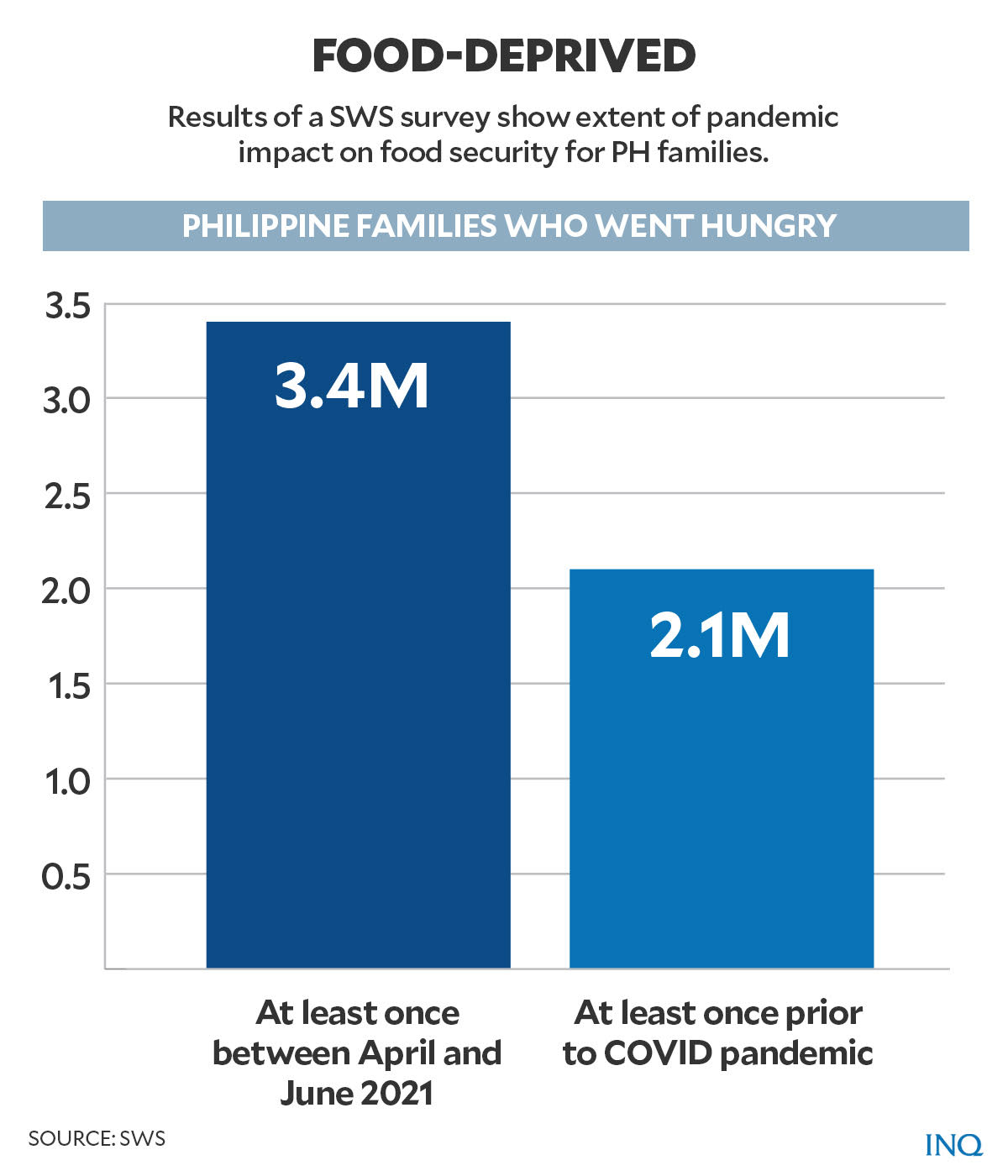 This, while 811 million people starve. The group Action Against Hunger said that after steadily declining for a decade, hunger has reemerged, impacting 9.9 percent of people globally.

The UN Food and Agriculture Organization explained that reversing the trend would preserve enough food to feed 2.1 billion individuals in the world.

In the Philippines, 1,717 metric tons of food is wasted each day, the Food and Nutrition Research Institute of the Department of Science and Technology said. 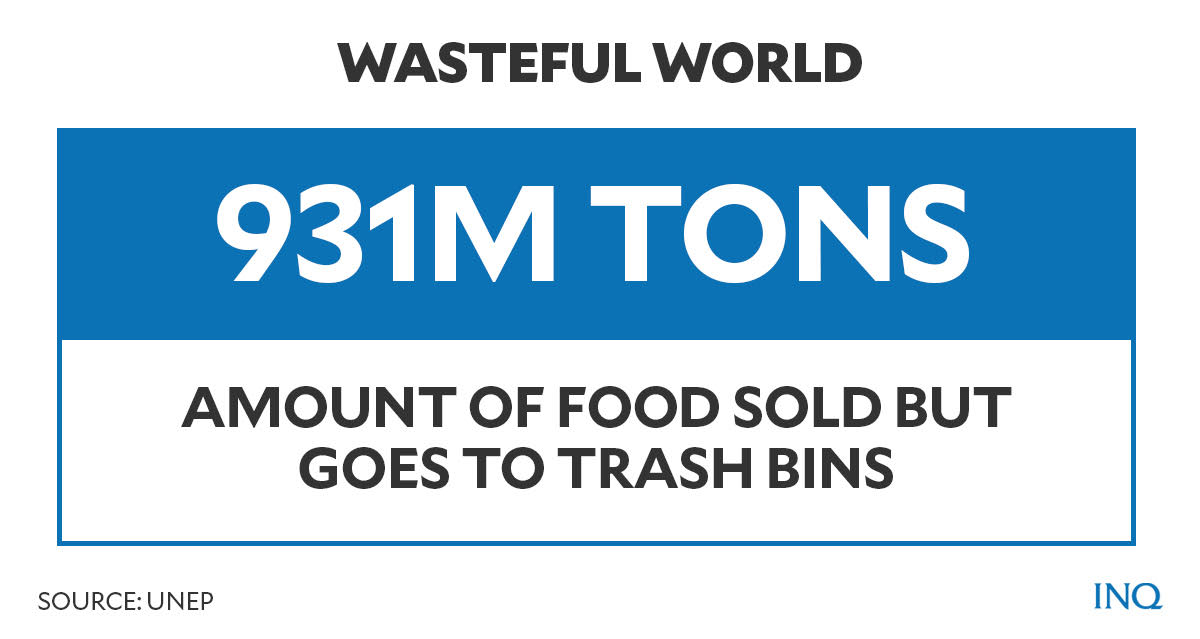 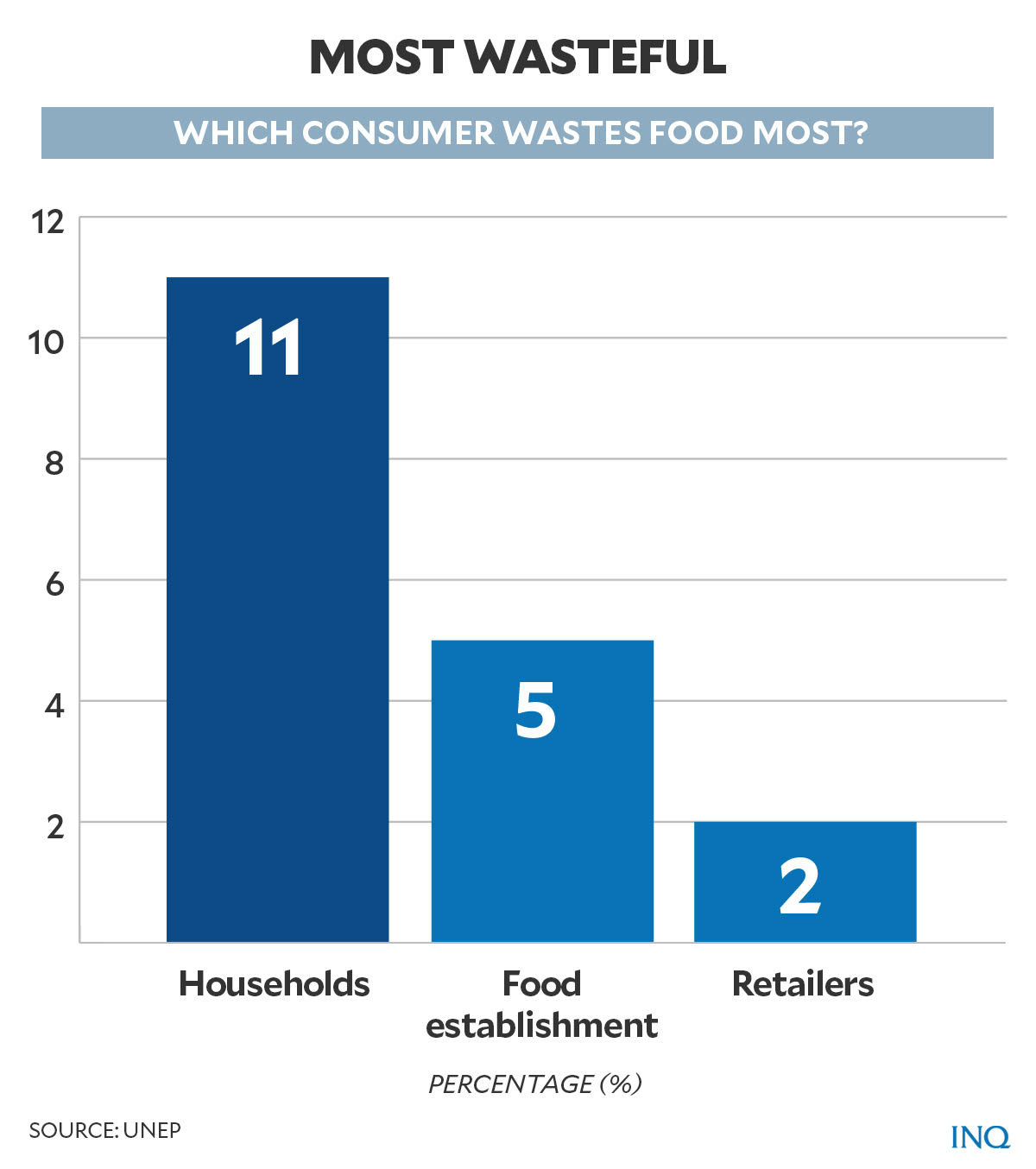 Why is it important?

Relief Web said the 2021 Global Hunger Index (GHI), where the Philippines placed 68th out of 116 countries, showed that progress in achieving zero hunger by 2030 has stalled.

It explained that based on the present GHI projections, the world was likely to fail to achieve a low level of hunger by 2030.

The Action Against Hunger said hunger meant periods when populations are experiencing severe food insecurity. People go for entire days without eating because of lack of food and money.

UNEP said reducing food waste could improve availability of food and help solve hunger while saving money in economies suffering from pandemic-induced recession, like the Philippines’.

It would also reduce greenhouse gas emissions associated with food that is not consumed and would slow the degradation of the environment through land conversion and pollution.

In 2020, the first-ever International Day of Awareness of Food Loss and Waste was marked by the UN with the theme “Stop food loss and waste. For the People. For the Planet.”

The World Wide Fund for Nature (WWF) said it was aimed at promoting a “sustainable food supply chain to achieve food security and nutrition.” 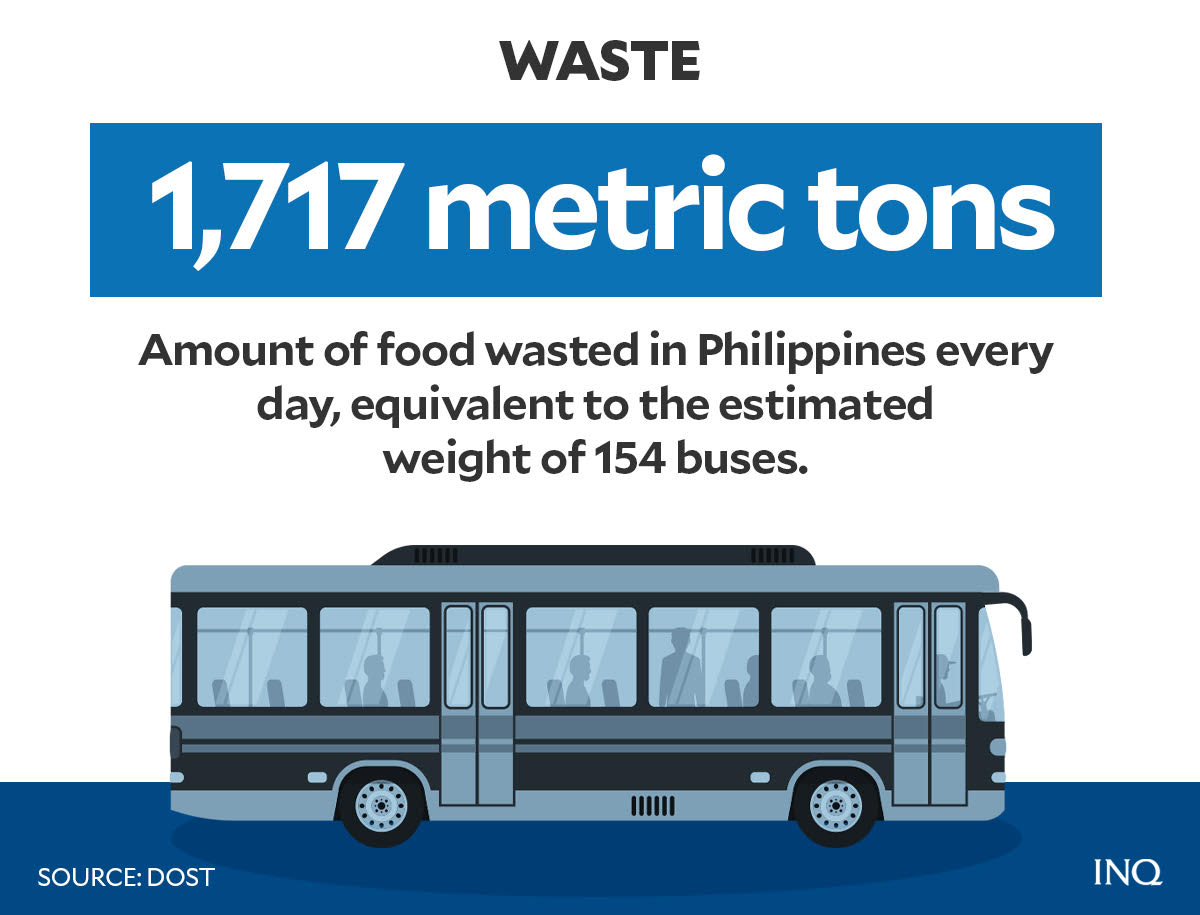 WWF said food waste is linked to behavior. It said people should be more mindful against waste and start being a “sustainable diner” especially at home through these steps: