Duterte to critics: You only count slain suspects, not their victims | Inquirer News
Close
menu
search

Duterte to critics: You only count slain suspects, not their victims 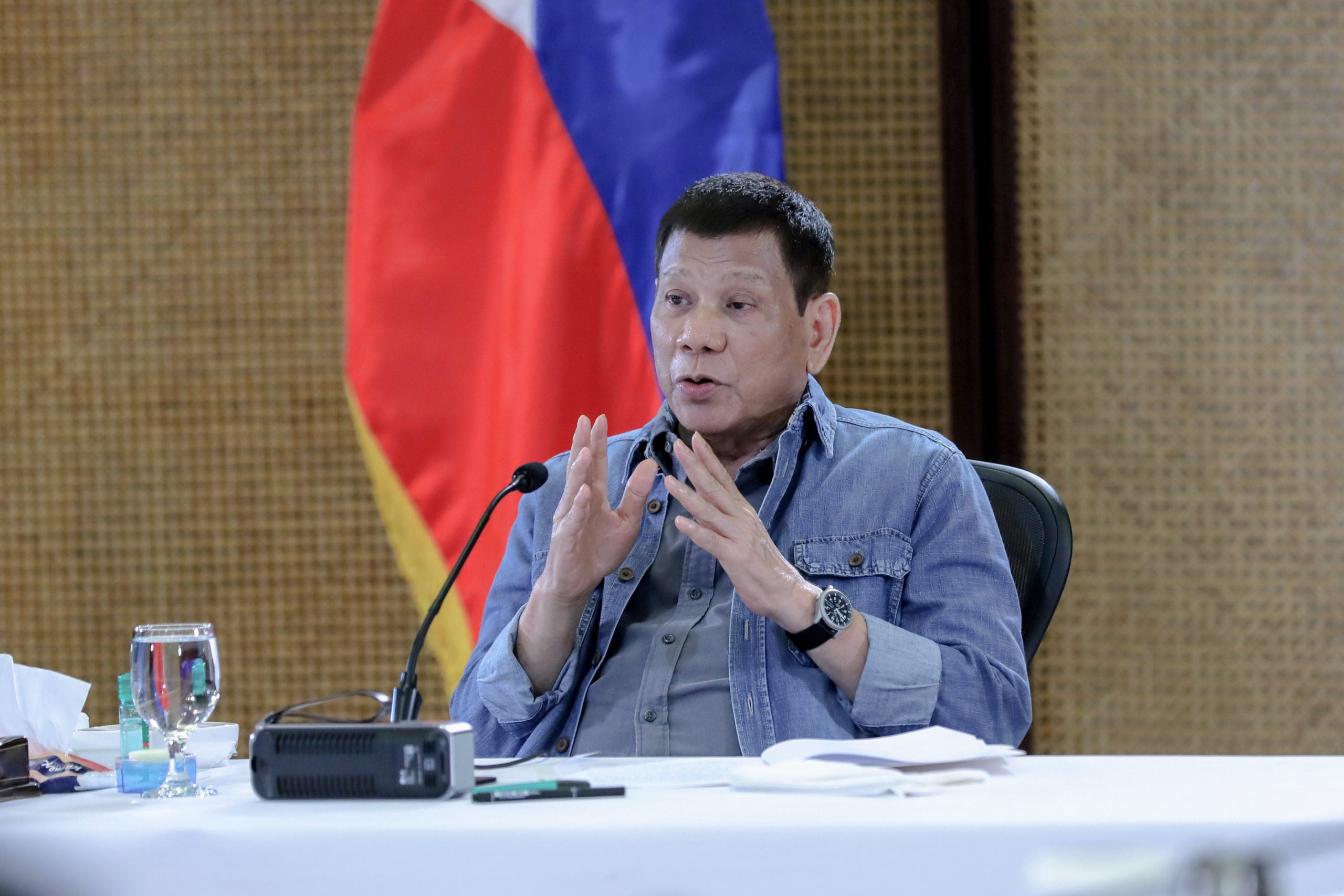 MANILA, Philippines — President Rodrigo Duterte has again defended his war on drugs, saying that the illegal trade was continuing and that the government had arrested nearly 500 persons for crimes connected to it.

The illegal drugs seized in a week are worth P1 billion, the President said on Thursday in a speech delivered during a meeting of the government’s anti-communist task force in Quezon province.

He said the “big fish” in the trade in illegal drugs were foreigners, not wealthy Filipinos. “Four Chinese were just killed. That’s the big fish here,” he said.

The President said illegal drugs were “now an importation thing” although he could not identify the source “with certainty.”

“There are a lot of areas where these are sourced: it’s not only from one country,” he said.

And the public should not look for rich Filipinos or scions of wealthy families in the illegal drug trade because “they’re already rich,” he said.

Duterte assailed the critics of his centerpiece campaign, saying they only counted the slain drug suspects for submission to the International Criminal Court (ICC) and forgot the victims who died because of them.

“What they show to the ICC is the death of criminals,” he said, pointing out that many policemen and soldiers had also died fighting the drug trade.

He said he did not enjoy sitting in Malacañang while Filipinos suffered due to drug suspects.

He also made light of the killing of drug suspects, saying they had it coming: “They will say they don’t know who killed this son-of-a-whore drug addict. Let it be. He asked for it.”

On the other hand, he said, drug suspects’ innocent victims did not ask to be harmed.

The President also said he was taking full responsibility for the anti-drug campaign, but added that he would only allow himself to be jailed for it by a Philippine court.

The ICC has begun an investigation of the killings under the war on drugs, for possible “crimes against humanity.”