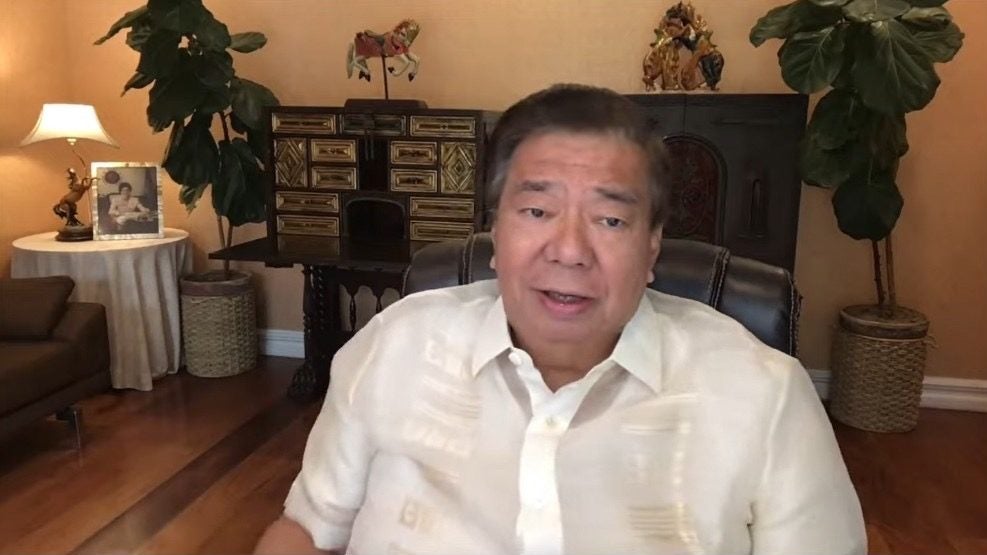 MANILA, Philippines — The former chief of the Procurement Service of the Department of Budget and Management (PS-DBM), who is facing an anticorruption investigation by the Senate blue ribbon committee, allegedly tried to mislead senators into believing that the agency bought pandemic supplies after these were reclassified as “common-use” items by another government body.

Senate Minority Leader Franklin Drilon on Wednesday said the move indicated an intention by some PS-DBM officials led by its former chief Lloyd Christopher Lao to defraud the government.

“When there is a malevolent intent to steal money, you can easily see. We are being fooled here,” he said.

He was reacting to remarks made by from Rowena Candice Ruiz, executive director of the Government Policy Procurement Board (GPPB), who said her agency classified face masks and shields, and personal protective equipment (PPE) among other pandemic supplies, as common-use items upon the recommendation of the PS-DBM.

Lao testified multiple times in the blue ribbon committee that PS-DBM was authorized to purchase medical supplies following the issuance of a resolution by the GPPB that turned pandemic gear and medical supplies as common-use items.

According to Drilon, Lao tried to mislead senators into believing that the GPPB prompted the PS-DBM’s purchases of the pandemic supplies.

The board defines common-use supplies as those “which are necessary in the transaction of the official business” of a government office and consumed in its day-to-day operations. These include office supplies such as paper, pens, paper clips and printer ink.

Under this 2020 resolution, pandemic supplies became common-use items and formed part of PS-DBM’s inventory which may now be procured by any government entity, usually through bulk purchases, and presumably at lower costs.

The PS-DBM was created in 1978 to establish an “integrated procurement system” for the national government and its agencies for purposes of “economy and efficiency” in the purchase of their common-use supplies.

“The purpose is for economies of scale, to have savings, but it has mutated beyond that, and it has become a Frankenstein in effect,” said Sen. Sonny Angara, chair of the Senate committee on finance, which had called DBM officials to a budget hearing where they were also questioned about PS-DBM on Wednesday.

With Ruiz’s testimony, it became clear that it was PS-DBM that at the outset sought that medical supplies be classified as common-use items, Angara said.

Drilon said that over the years, PS-DBM has been allowed to “mutate, [go] beyond their mandate and [make] possible all these corruption that we see today.”

He also questioned why PS-DBM was being allowed to handle up to P90 billion in fund transfers from other agencies, when it was manned by mostly contractual personnel.

Drilon pressed acting Budget Secretary Tina Rose Marie Canda to issue a circular to institute “bite-size” reforms to correct the “very anomalous structure [in the PS DBM] that has given rise to anomalous practices.”

He said the DBM should also study the possibility of seeking for the issuance of an executive order that would prevent PS-DBM from further operating like an “unidentified flying object.”

“This is totally unacceptable. If we need to abolish, we should abolish [PS-DBM],” he said.

He said the PS-DBM allowed the undercapitalized trading company Pharmally Pharmaceutical Corp., which captured P11.5-billion worth of contracts, to offer the same medical supplies for sale on its catalogues and at prices higher than at what it had sold them to other agencies.

“These are the kinds of shenanigans happening here,” he said.

According to Ruiz, the GPPB only acts on requests for reclassification of merchandise upon the request of procuring agencies, and with recommendation from the PS-DBM.

The Department of Health (DOH) had also asked the GPPB to declare vaccines as common-use supplies, but this was supposedly rejected by the procurement board, Ruiz said.

In its preliminary report issued on Tuesday, the blue ribbon committee headed by Sen. Richard Gordon found a “grand conspiracy” to defraud the government of billions of pesos at the height of the pandemic that involved a Chinese friend and former economic adviser of President Duterte, Pharmally officers and former and current PS-DBM officials.

Among more than a dozen companies, Pharmally, with a paid-up capital of only P625,000 and zero earnings prior to COVID-19, bagged the biggest contracts for pandemic supplies from PS-DBM and the DOH in 2020-2021.

The money came mostly from about P42 billion in pandemic response fund of the DOH that was allegedly transferred irregularly to PS-DBM. The Commission on Audit reported that the transfer was not backed by a proper memorandum of agreement and other documents.

“It is clear and categorical to us that this grand conspiracy could never have happened without the imprimatur of the President,” Gordon said.

His committee recommended criminal charges against Michael Yang, a businessman and friend of the President, Lao and several others who served with him at PS-DBM, and officers of