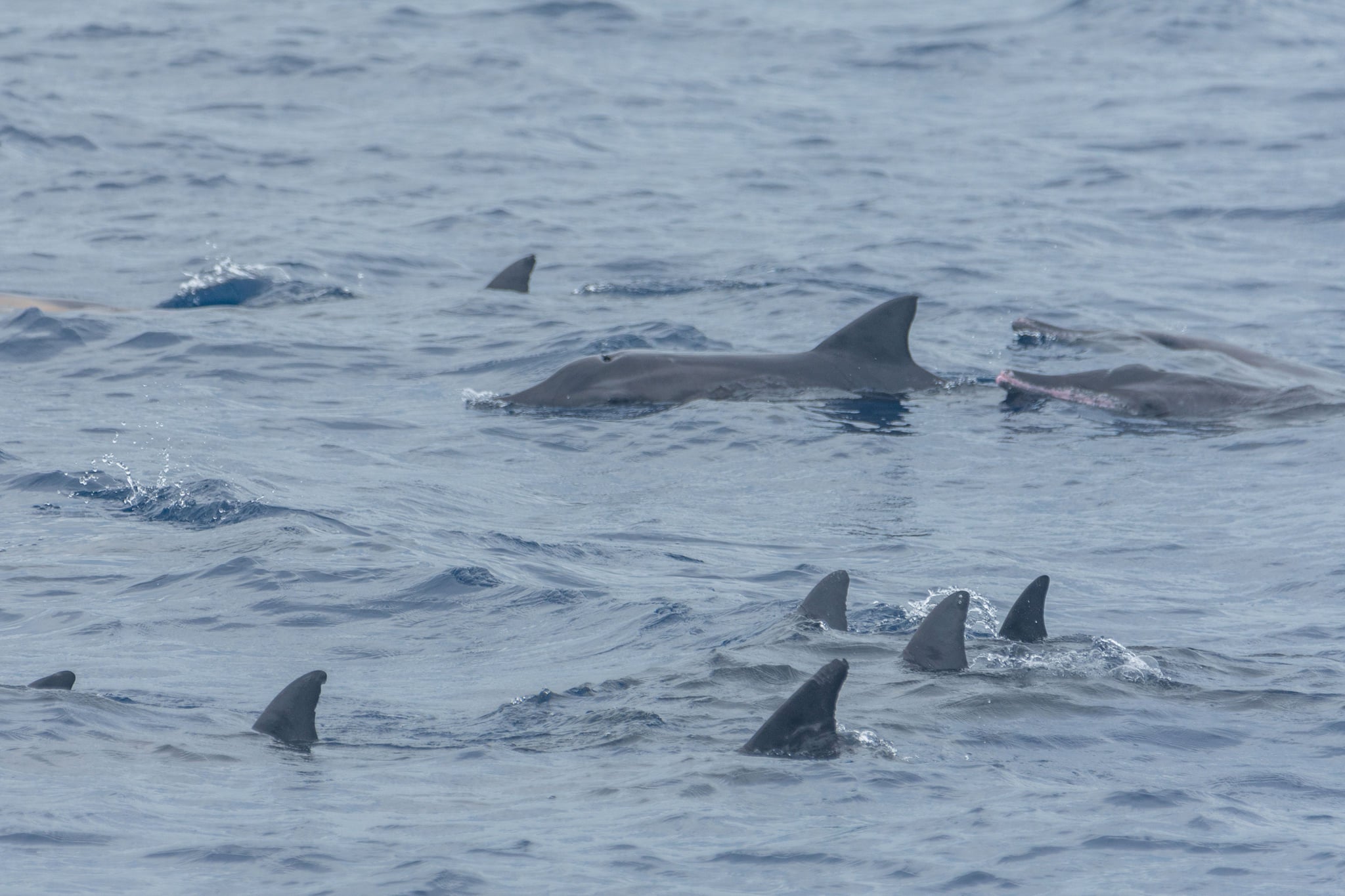 BAY SIGHTING Sarangani Bay, which straddles six Sarangani towns and General Santos City, is home to several species of fish, sea turtles, corals, seagrasses and mangroves. Whales and dolphins have been feeding in the protected seascape, but the sighting of a pod of rough-toothed dolphins recently is a first in the bay in two years. —PHOTO COURTESY OF DENR SOCCSKSARGEN

ALABEL, SARANGANI—A pod of rough-toothed dolphins (Steno bredanensis) has been sighted for the first time in Sarangani Bay, which is under special government protection to preserve its marine riches.

Joy Ologuin, head of the Protected Area Management Office of the Sarangani Bay Protected Seascape (Pamo-SBPS), confirmed that at least 10 rough-toothed dolphins were recorded during their recent marine mammal monitoring in the bay. This was the first sighting of this species since 2019, when the Pamo-SBPS started recording marine animals thriving in the 215,950-hectare bay.

Ologuin, in a statement, said the rough-toothed dolphins were seen feeding on squid in the coastal waters of Glan, Sarangani province.

The rough-toothed dolphins, classified by the International Union for Conservation of Nature with a “least concern” status, thrive on squid, fish, and mollusk. The species is found throughout the world in tropical and warmer temperate waters, according to the United States National Oceanic and Atmospheric Administration (Noaa).

These small members of the dolphin family usually travel in small, tight-knit groups of two to 20 individuals. Their common name was based on the ridges found on their teeth, which are unique to this species.

According to the Noaa, rough-toothed dolphins are relatively small compared to other dolphins. They can reach up to 2.59 meters (8.5 feet) in length and weigh about 160 kilograms.

Ologuin said the monitoring team in the past few years recorded hundreds of whales and other species of dolphins, like spinner and Risso’s dolphins, thriving across Sarangani Bay.

“The sightings of the marine mammals indicate that the ecosystem of the bay is still healthy. These fishes keep on coming back. It’s also probable that some of them are already residents of the bay,” she told the Inquirer earlier.

Ologuin stressed, however, that the garbage problem, including single-use plastics, is a growing threat to marine life across the bay.

“The floating plastic garbage poses a threat to fishes present in Sarangani Bay, as they could mistake these … [for] food,” she said, urging the public to responsibly dispose of their trash so they would not end up in the ocean.

Sarangani Bay was proclaimed a protected seascape 25 years ago through a presidential proclamation issued by then President Fidel Ramos, to conserve its marine resources for the benefit of future generations.

The bay straddles the towns of Glan, Malapatan, Alabel, Maasim, Kiamba and Maitum in Sarangani province, and the chartered city of General Santos.

Records from the Pamo-SBPS show that the bay hosts a rich biodiversity of fish, sea turtles, corals, seagrasses and mangroves. It is home to threatened species, such as dugong, mameng (Napoleon wrasse) and four kinds of marine turtles (hawksbill, olive ridley, loggerhead and green sea turtle). Across the bay are at least 411 reef species. —BONG S. SARMIENTO