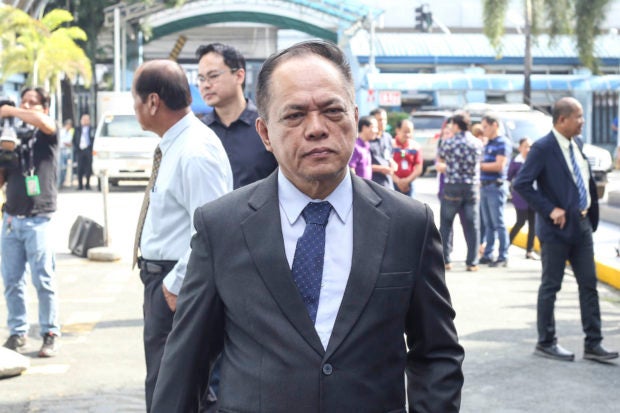 Binay expressed concern about Gierran’s report, warning that it might encourage hospitals to ask patients to pay upfront medical costs before claiming PhilHealth.

(P8.3 billion is a big amount…We don’t want to reach a point where hospitals will say they will no longer honor PhilHealth and ask patients to ‘just process your own claim with PhilHealth.’)

(We don’t want to be in a scenario where the patients will have to shoulder the hospital cost because hospitals fear that PhilHealth will not approve their claims.)

But Gierran said that hospitals may still appeal these denied claims.

From the date the hospitals receive the denial notification, they have 15 days to appeal to PhilHealth’s claims review committee, he said.

He said that if the P8.3 billion is divided among 1,283 hospitals in the country, the financial impact to each hospital would amount to P6.2 million yearly.

“It’s the bigger hospitals that will really have the bigger bulk of the claims that are not paid for valid reasons. Marami pong rason yan, maraming kaso, maraming breach of warranties. But just to put it in context, the yearly impact kung ganoon ang halaga and monthly my P500,000 a month,” Duque said.

(It’s the bigger hospitals that will really have the bigger bulk of the claims that are not paid for valid reasons. There’s a lot of reasons, cases, and breach of warranties. But just to put it in context, that’s the yearly impact if that is the amount, and P500,000 if we compute the monthly impact.)

Binay doubted that this was the best way to handle the matter.

(I don’t know if that’s how we should divide it…it may be little, but it’s still an amount that is due to them, right? Especially for private hospitals, they still need to do business.)

Duque maintained that the P8.3 billion mentioned by PhilHealth is an “accumulation over the years,” as he compared this with the P130-billion worth of total payouts to hospitals last year.

“So malaki pa rin talaga yung natatanggap nila as a [So they still receive a decent amount when we look at the] percentage of good claims,” he added.

Meanwhile, PhilHealth was asked to submit to the Senate finance subcommittee a breakdown of the denied claims and the amount of claims that will no longer be paid even if hospitals appeal for them.