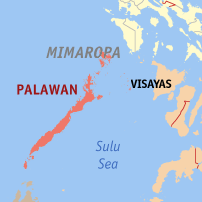 MANILA, Philippines — The Department of Labor and Employment (DOLE) on Wednesday suspended the implementation of its cash-for-work program in Palawan’s second district over alleged anomalies.

Labor spokesperson Rolly Francia said the beneficiaries, who are mostly indigenous people, received only P1,200 for 10 days of work even if they are entitled to get P3,200.

(The two thousand pesos were stolen supposedly by the coordinators of whoever official in the second district of Palawan.)

“Karamihan po dito ay mga (Most of them are) indigenous recipients … nakakaawa po (pitiful),” he added.

The DOLE spokesperson said they are yet to determine the exact number of beneficiaries purportedly duped as well as the amount of money involved although Francia noted it surely could reach a “substantial amount.”

Francia said the DOLE has sought the help of the National Bureau of Investigation (NBI) regarding this matter.

“Accordingly after weeks, charges will be filed against those who will be found responsible,” he said.

A similar incident also happened in Quezon City which likewise prompted DOLE to its cash-for-work scheme.

READ: Some of those who got paid in cash-for-work scheme did not actually work – Bello

Tupad or the Tulong Panghanapbuhay sa Ating Disadvantaged/Displaced Workers is an assistance program of the DOLE  that aims to provide emergency employment to workers who lost their jobs due to the health crisis.