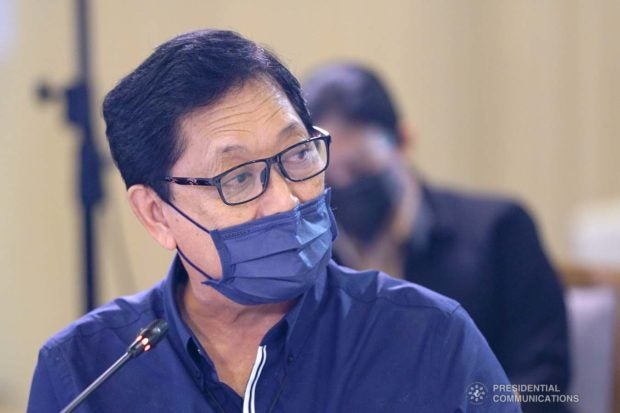 MANILA, Philippines — Some of those who complained that they received incomplete payment under the cash-for-work program of the Department of Labor and Employment (DOLE) actually “did not go to work,” Labor Secretary Silvestre Bello III revealed in an online briefing on Wednesday.

Bello said he himself went to Barangay Batasan Hills in Quezon City to investigate the alleged irregularity in the implementation of the program, called Tulong Panghanapbuhay sa Ating Disadvantaged/Displaced Workers (TUPAD).

He was accompanied by Sara Buena Mirasol, the National Capital Region director of the DOLE, and agents of the National Bureau of Investigation (NBI).

“I asked where they worked. They told me that they did not work. So it’s obvious that they’re not legal beneficiaries of TUPAD,” he added. “It’s very obvious that this is an irregularity — one that you might call a scam — because they got paid without working.”

According to Bello, the NBI and Mirasol are now investigating who is the coordinator of those who received cash from TUPAD.

He also revealed that the coordinators got full payment for the people who did not work, although they got incomplete salaries.

“What’s puzzling is how were they able to get the money to pay those who did not work. And what’s worse, they did not give full payment, but only a small part of it,” Bello said.

As Bello found out during his investigation, the coordinator told them: “You did not work anyway. So this is all you’re getting.”

“This is clearly a scam, a corrupt practice that the coordinator did. So that’s what I want to know because we will file a case against them for either qualified theft or estafa for this plunder,” Bello said.

TUPAD is an assistance program that provides emergency employment for workers displaced due to the new coronavirus pandemic.

Displaced workers are hired for 10 to 30 days, depending on the nature of work they would perform.

Read Next
First Asian Agustinian representative to UN is a Filipino
EDITORS' PICK
PH logs 665 new COVID-19 cases, lowest since July 2020
Gov’t eyeing COVID-19 vaccine booster for essential workers, indigents by Dec. 10
Villar Group gears up for AllValue Shopping Party on Dec. 3; around P 1-million promos and discounts up for grabs
Omicron poses ‘very high’ global risk, countries must prepare–WHO
A delightful blessing!
Legarda: Ending Violence Against Women, a cause for all
MOST READ
Quiboloy warns of ‘much worse than Omicron virus’ if his ‘persecution’ is not stopped
Omicron poses ‘very high’ global risk, countries must prepare–WHO
Bongbong Marcos’ conviction in tax case not a crime involving moral turpitude — lawyer
Marcoleta defends pol ads on ABS-CBN
Don't miss out on the latest news and information.