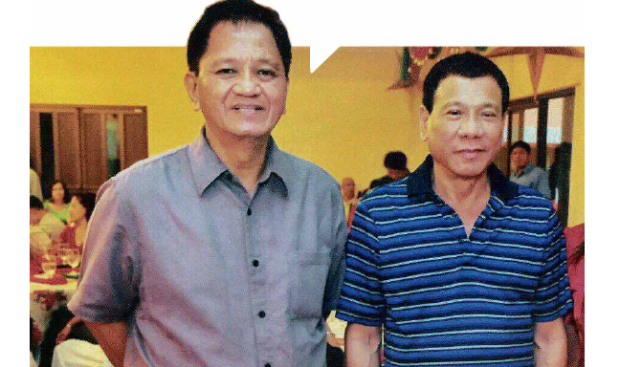 Prior to his latest appointment, Quitain served as the officer in charge of the Office of the Special Assistant to the President.

Quitain has long worked for the President, having served as Davao City administrator when Duterte was its mayor.

Quitain was dean of the University of Mindanao College of Law.

In 2018, Quitain also took the helm of the Office of the Special Assistant to the President when Sen. Christopher Lawrence Go ran for a Senate seat in 2019.

Quitain has also been writing the President’s speeches.

Panelo was one of several Cabinet members who resigned to seek a Senate post.

But the President has yet to appoint replacements for the other resigned Cabinet members, including former Agrarian Reform Secretary John Castriciones and former Information and Communications Technology Secretary Gregorio Honasan.

Roque said he had no word yet on who would replace these two secretaries.

But Roque confirmed that Secretary Vivencio “Vince” Dizon has tendered his resignation effective Oct. 15 as presidential adviser on flagship programs and projects and as president and chief executive officer of the Bases Conversion and Development Authority.

Roque, at his press briefing on Tuesday, said Dizon would remain in government as Presidential Adviser of COVID-19 Response and would be retained concurrently as deputy chief implementer of the National Task Force Against COVID-19 and testing czar.

“Secretary Vince has asked the President to unload him of this task [as BCDA chief] so that he can focus full time on national government’s COVID response efforts and vaccination rollout,” Roque said.

Aristotle Batuhan, a member of the BCDA board of directors, was appointed officer in charge of the agency, Roque said.

Roque said Duterte praised Dizon and the BCDA team for their accomplishments in the past years. Roque said the BCDA, under Dizon’s helm, generated P48 billion in revenues in the past five years, representing nearly 40 percent of total revenues earned by the agency since it was created 27 years ago.

It was also during Dizon’s term that the BCDA made the highest remittance of P34 billion to the Armed Forces of the Philippines, Roque said.