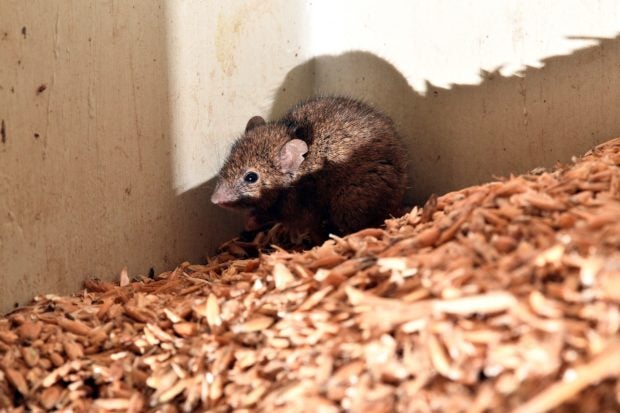 Eating less often does more to improve the health and lifespan of rodents than simply eating less, a study said Monday.

Researchers looking at mice on different diets found those who were fed fewer calories in a single daily feeding lived longer than mice eating the same number of calories distributed throughout the day.

The study, published in Nature Metabolism, showed mice who ate only once a day also demonstrated improved metabolism.

Study author Dudley Lamming of the University of Wisconsin told AFP that scientists have known for about a century that restricting calories extends the lifespan of rodents.

But previous studies on mice and calorie restriction had included unintentional fasting with mice typically fed just once a day.

Lamming’s team decided to find out whether the timing between feedings might play a role — and discovered it was not the quantity of food alone that mattered.

“Instead, calorie restricted diets ensure that mice are fasted for much of the day – and that imposed fasting-period (when we eat) is critical for the benefits of calorie restriction to life and health.”

Two other groups had calories restricted by 30 percent, one with access to low-calorie food all day and the other receiving a 30 percent smaller amount of regular food in a single feeding with a 21-hour fast.

The study shows that mice on a calorie restricted diet with 21 hours between meals lived about half a year longer than mice who ate as much as they wanted at any time of day.

Mice with constant access to a low-calorie diet, on the other hand, lived lightly shorter lives than the control group, even though they consumed fewer calories.

“The imposed fasting period is essential for the benefits of a calorie restricted diet,” Lamming said.

A final group of mice was trained to eat a similar amount of food as the control but in a three-hour period followed by a long daily fast.

Humans? Not so fast

Though their longevity was not measured, the mice in the last group — which fasted without reducing calorie intake — showed just as many health benefits as the group that ate fewer calories and fasted.

“(Both groups) are better able to regulate their blood sugar and to better adapt their metabolism to different demands during the course of the day,” Lamming said.

Mice on a low-calorie diet who ate throughout the day meanwhile did not show benefits such as better blood sugar control, improved strength in old age and longer life.

Diets that include intermittent fasting are popular among celebrities from Hugh Jackman to Kourtney Kardashian.

But Lamming points out that while short-term studies on humans seem to confirm that restricting food intake to a four- to eight-hour window in the day “seems to have some benefits”, the long-term consequences remain unknown.

“We still don’t know the best time of day to fast, if different people might respond to fasting or time-restricted feeding differently,” he added.

Reacting to the findings, Stephen O’Rahilly, Director of the MRC Metabolic Diseases Unit at the University of Cambridge, said they would be hard to apply to humans given the huge differences in the speeds at which the two species process foods.

“A comparable human experiment would need to have humans eat all the calories they need for a week in a single day and then starve for the next 6 days,” he said.

“As mice live about 2 years and we now live to around 80, we might have to do the study for more than 50 years to test whether such a massive change to our eating habits actually benefited human longevity,” he added.

Lamming noted one possible takeaway for our species: people already cutting their daily calorie count by 20 or 30 percent may want to consider limiting the time frame for eating those meals.

“If our findings apply to people, they may be losing some of the benefits of calorie restriction by spreading out their meals throughout the day,” he said.

Read Next
DPWH yet to recoup P440M advance payments from rescinded, terminated projects
EDITORS' PICK
On Day 2 of implementation, gov’t says workers now exempt from ‘no vax, no ride’ policy
Gear up and get ready to play with Yamaha Mio Gear
DOH: 28,471 new COVID-19 cases in PH; active cases now 284,458
Acer starts the year off strong with the Aspire Vero National Geographic Edition
Over 3 Million worth of prizes to be won at Smart Padala’s SENDali Manalo Promo!
Metro Manila posts lowest temperature yet this ‘amihan’ season at 19°C
MOST READ
Cold-case investigation names surprise suspect in Anne Frank’s betrayal
Emma Stone calls Andrew Garfield a ‘jerk’ after he ‘lied’ about his ‘Spider-Man: No Way Home’ appearance
Czech anti-vax singer dies after deliberate infection
Derek Ramsay on being married to Ellen Adarna: ‘Gumaan ‘yung mundo ko’
Don't miss out on the latest news and information.