Bato hits back at Tulfo: Who is he to conclude drug war is a failure? | Inquirer News
Close
menu
search 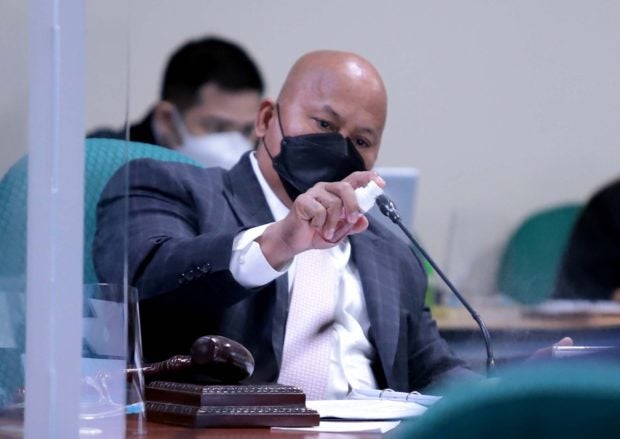 MANILA, Philippines — Presidential aspirant Senator Ronald “Bato” dela Rosa on Tuesday hit back at broadcaster Raffy Tulfo, who is seeking a Senate seat in 2022, for concluding that the Duterte administration’s drug war is a “failure.”

(Maybe those who criticize the drug war as being a failure, just to be frank, are the people who live in gated communities and posh subdivisions where they are very safe because they are guarded.)

The senator, who was the chief implementer of the war on drugs as he headed the Philippine National Police (PNP) during the height of the drug war, also denied that there are no big personalities involved in illegal drugs who were arrested by authorities.

(What about the Chinese people who were killed? The mayors, the congressmen who were also affected by the drug war, aren’t these big personalities?)

“That only goes to show that they are ignorant about the real situation of the drug problem sa Pilipinas (in the Philippines),” Dela Rosa added.

In a separate interview, Tulfo said the government’s drug war is “definitely a failure,” pointing out that President Rodrigo Duterte himself admitted so.

“Oplan Tokhang” is the police’s anti-drug campaign during the early part of the Duterte administration, where officers would visit homes of people accused of being involved in illegal drugs.

In improving the program, Tulfo said those involved in illegal drugs should be “given another chance,” focusing on opening rehabilitation centers.