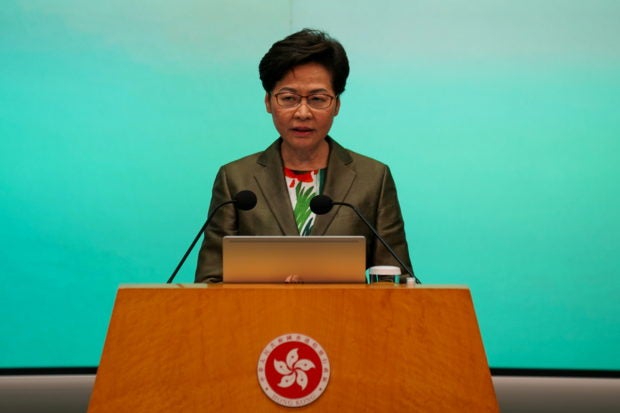 HONG KONG — Hong Kong leader Carrie Lam fractured her right elbow after a fall at the official chief executive residence during the night and remains in hospital for observation, the Chinese-ruled city’s government said on Tuesday.

“She attended the hospital by herself and was diagnosed with a minor right elbow fracture,” the statement said.

The weekly executive council meeting and her news conference were cancelled and her deputy, John Lee, promoted earlier this year after contributing to Hong Kong’s authoritarian turn as secretary for security, will take over other duties.

Lam’s tumultuous tenure, during which the former British colony saw the biggest pro-democracy and anti-China protests since its return to Chinese rule in 1997, ends next year.

Lam has not answered questions on whether she will seek another term.