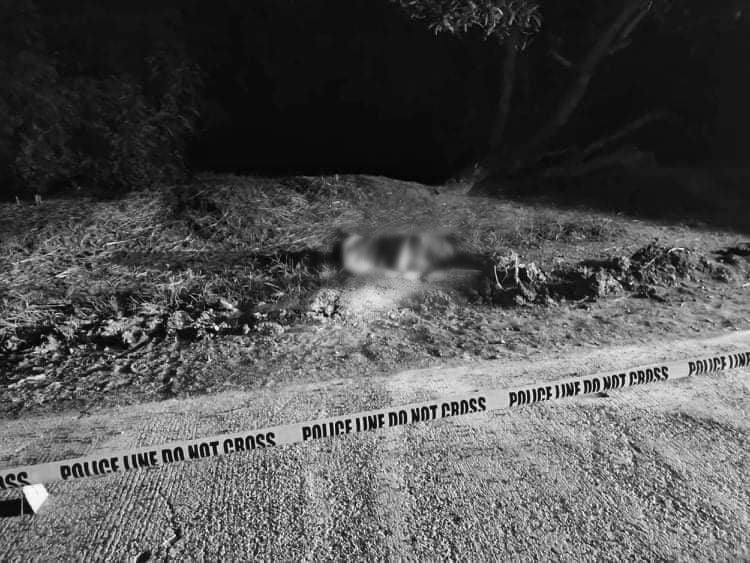 A suspected drug trader was killed in an alleged shootout with the police in Zaragoza town, Nueva Ecija province Monday, Oct. 18. (Contributed photo)

ZARAGOZA, Nueva Ecija––Police in this town killed an alleged drug peddler who reportedly engaged the lawmen in a shootout during a buy-bust operation on Monday, Oct. 18.

Ferrer said Dugay and his unidentified companion resisted arrest and fired shots at the policemen, who fought back during the operation in Barangay Sta. Lucia Young at 7:40 p.m. The cohort managed to escape onboard a motorcycle.

Investigators recovered a .45-caliber pistol, 34 sachets of “shabu” (crystal meth) amounting to P30,000, and the buy-bust money from the scene.