Over 9K repatriated Filipinos arrive via Subic airport since July 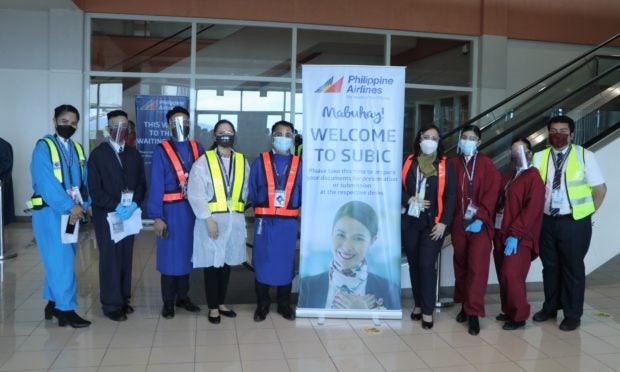 MANILA, Philippines — The Bureau of Immigration (BI) on Monday reported that a total of 9,111 Filipinos have been repatriated through the Subic Bay International Airport (SBIA) since it reopened in July.

This amounted to a total of 35 flights that have already arrived in Subic from the time the repatriation flights started, said Clark International Airport (CIA) head supervisor Maan Lapid-Legaspi.

“Our immigration officers in Clark are serving these Subic flights that arrive twice a week, each of which carries an average of 200 to 300 passengers,” Legaspi said.

According to Legaspi, all of the repatriation flights came from several cities in the Middle East, China and Palau.

Meanwhile, Morente welcomed the opening of the SBIA, stating that it continues to serve as a hub that assists the arrival of thousands of OFWs who are eager to return home.

“We assure PAL and our stakeholders in Subic that our officers will always be available to process the passengers of these repatriation flights,” said Morente.

“Upon receiving the advanced notice on the schedule of these flights, we designate the number of immigration officers to provide arrival formalities,” Morente added.

The Subic airport resumed international flight operations only last July, after a decade of halted service.

It opened after the government granted PAL’s request to mount flights at the former US naval base so it could serve as an alternative entry point for Filipinos wanting to return to the country amid the pandemic.