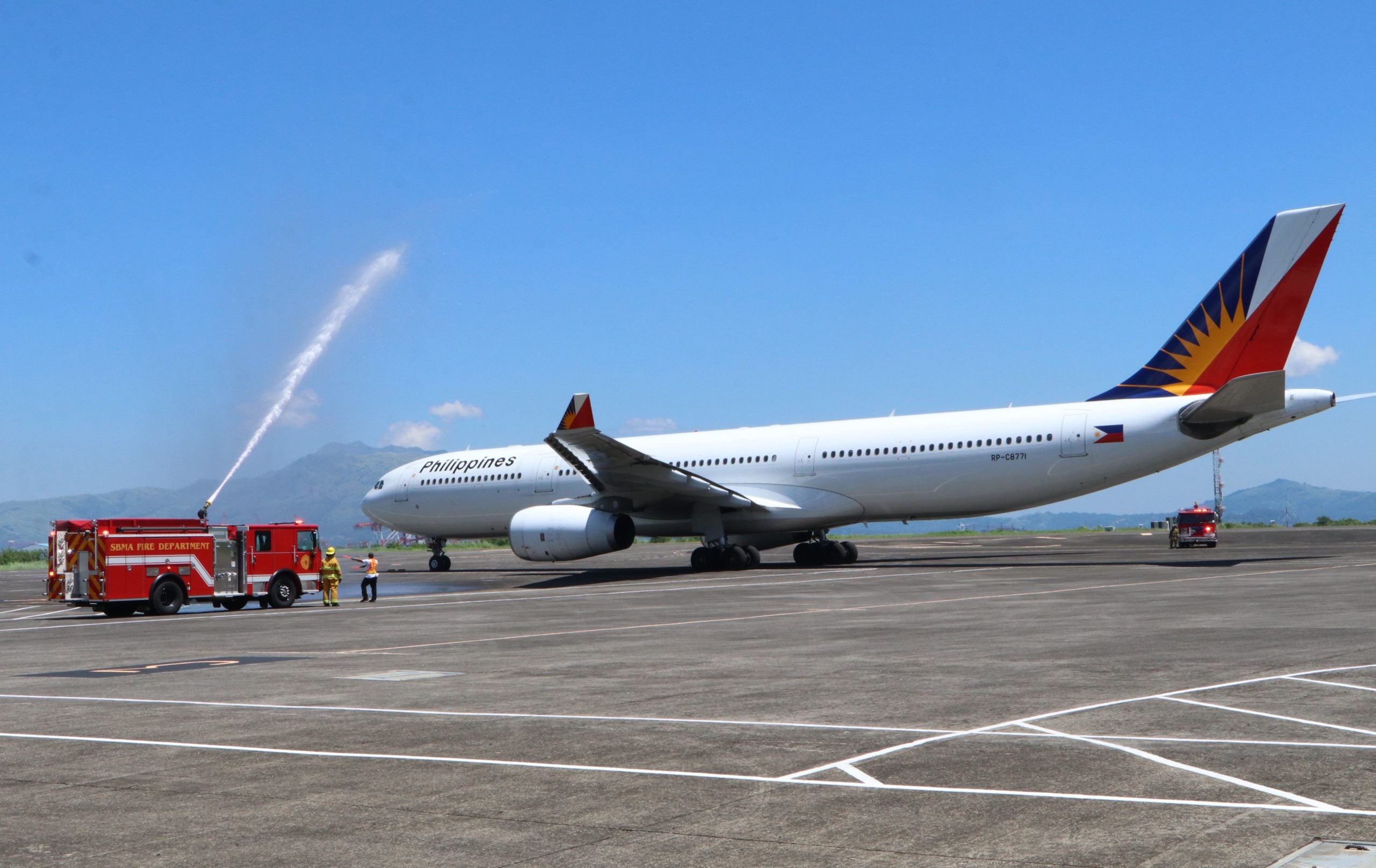 PAL Flight PR5683 from Dammam, Saudi Arabia, lands Wednesday at the Subic Bay International Airport, marking the first landing of a commercial jetliner there since 2011. (Photo courtesy of the Subic Bay Metropolitan Authority)

Wilma Eisma, chair and administrator of the Subic Bay Metropolitan Authority (SBMA), and PAL officials welcomed the arriving workers at the Subic tarmac.

In a statement, Eisma described the event as “a momentous occasion, as it marked the first time that the Subic airport served as an alternate entry point for OFWs wanting to return to the Philippines.”

She added: “This is also the first time that a commercial flight has arrived here in Subic after a decade of drought, the last one being the Astro Air flight that arrived here in 2011.”

“After one year, here we are. And we hope that, aside from being able to help out in the repatriation of OFWs, this would be the start of regular passenger flights here in Subic,” Eisma said.

PAL’s Flight PR5683 from Dammam, Saudi Arabia arrived here at 11:02 a.m. Wednesday and was met with an inaugural water salute at the tarmac by a fire truck from the SBMA Fire Department.

The 299 passengers would be quarantined in hotels and other accommodation facilities inside this free port, Eisma said.

The flight Wednesday was the second of six flights rerouted by PAL to Subic this month under the government’s program to facilitate the return of overseas Filipinos during the pandemic.

The first PAL flight that was supposed to arrive Monday in Subic was rerouted to Clark Freeport Zone due to strong tailwinds, the SBMA said. The plane also originated from Dammam and carried 309 OFWs, two seamen, and one ROF.