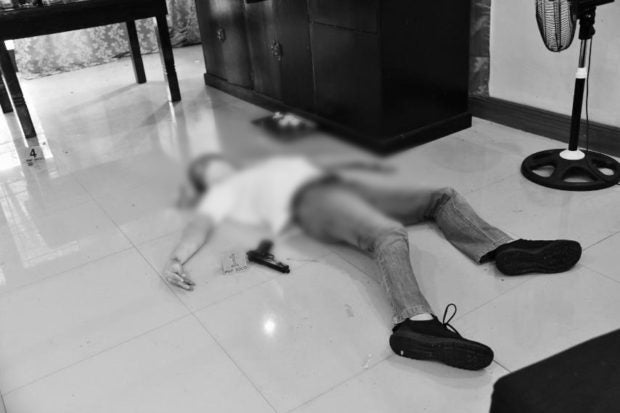 One of the four suspects killed in the anti-drug operation in Pampanga. Photo from the Philippine Drug Enforcement Agency (PDEA)

MANILA, Philippines — Four Chinese were confirmed dead after engaging in a firefight with law enforcement agents led by the Philippine Drug Enforcement Agency (PDEA) during a buy-bust operation in Angeles City, Pampanga.

PDEA, in a statement, said that the four Chinese nationals who died during the operation at a subdivision in Angeles’ Barangay Pulong Cacutud on Monday morning were identified as:

All four were armed with .45 caliber pistols that were used against the government operatives.

Aside from this, operatives also recovered 38 kilograms of suspected shabu or crystal meth, with an estimated street value of P262.2 million. 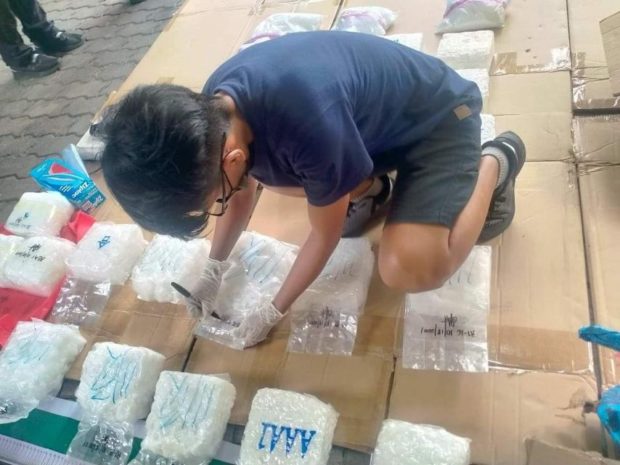 A member of the raiding team marks the seized drugs. Photo from the Philippine Drug Enforcement Agency (PDEA) 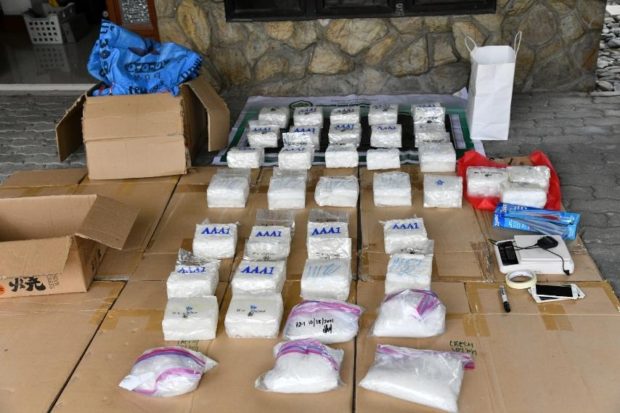 Aside from the illegal substance and the firearms, PDEA managed to recover two smartphones and a digital weighing scale from the crime scene.