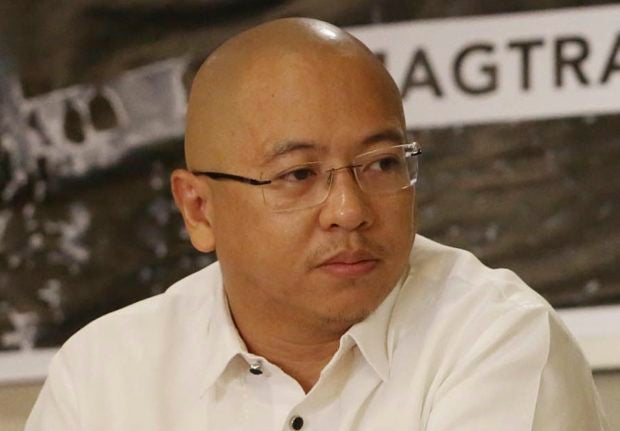 Hilbay on Monday said while he respects the decision of his party to choose Domagoso as its presidential candidate, he believes “VP Leni is a much better candidate in this most crucial of elections.”

“I write to announce my resignation from Aksyon Demokratiko and my endorsement of the candidacy of VP Leni Robredo for President,” Hilbay said in a statement.

“I am leaving Aksyon not to join another party, but out of ethical considerations… Because I intend, as an ordinary citizen, to publicly support her (Robredo’s) campaign, I must resign from the only political party I have ever joined,” he added.

Furthermore, Hilbay said the country does not need “more of the same, or even less of the same” as its leader.

“We can’t afford another narcissistic, gaslighting troll for a president. A candidate who wakes up only during campaigns is no leader, and we can’t have another absentee president,” Hilbay said.

“We need a president who will show up, level with the people, and treat them not as objects to be subjugated but as fellow citizens and stakeholders in nation-building. We need a leader who will empower Filipinos, not kill them,” he added.

Moreover, Hilbay said the country needs a president who will confront problems “not with publicity stunts to manipulate Filipinos but with honest-to-goodness attempts at solutions.”

“She is a president who understands why the Marcoses are a current threat; she will hold Duterte and his cronies accountable for their crimes; she will stand up to China and not see the West Philippine Sea as merely for sale. She will continue to be honest, open-minded, transparent, and one with the citizens. She will respect her office and the Constitution,” he added.

Hilbay was a member of Aksyon Demokratiko when he ran for a senatorial seat under the “Otso Diretso” slate in the 2019 elections. He placed 29th after garnering over 2.7 million votes.

Aksyon Demokratiko’s presidential candidate in next year elections, Domagoso, recently made remarks questioning Robredo’s intention to vie for the highest government post—particularly her goal to stop the Marcoses from returning to power.

(Is that the reason why is she running? How about the Filipinos who are jobless? Many Filipinos are still marginalized, a lot of Filipinos do not know what’s in store for them in the future. Still, her motivation is Marcos?)