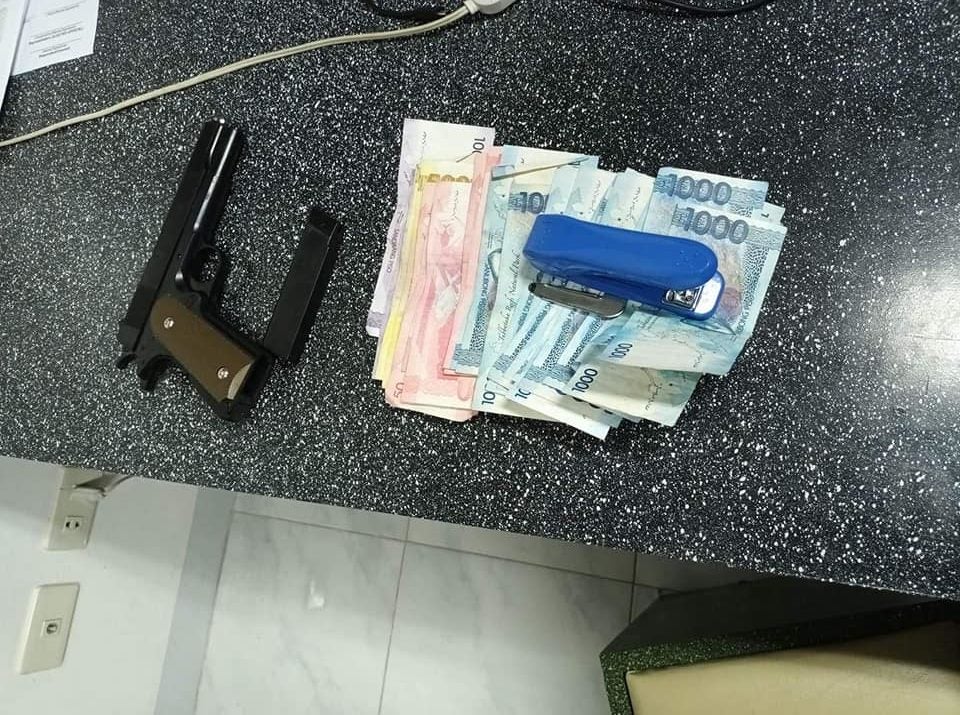 MABALACAT CITY, Pampanga––Police on Sunday, Oct. 17, arrested a man who used a replica gun to coerce employees of a convenience store in Candaba town to give him the money from the cash register.

In a statement, the Central Luzon police identified the suspect as Alfie De Guzman, 31, of Apalit, Pampanga.

It said that at 11:20 a.m., De Guzman entered the convenience store and demanded money from the two female employees at gunpoint.

Fearing for their lives, the employees gave the suspect the money from the cash register that amounted to around P16,000.

After robbing the convenience store, the suspect rode his motorcycle and sped off.

The victims immediately called the Candaba police and reported the robbery incident.

The information was then relayed to police stations of nearby towns, including the description of the suspect and the motorcycle he was riding.

After about 30 minutes, police in San Luis town intercepted and arrested the suspect in Sta. Monica village.

The police said they seized a .45-caliber replica gun and P16,600 cash from the suspect, who was detained and facing charges for robbery and possible violation of the Comprehensive Firearms and Ammunition Regulation Act.