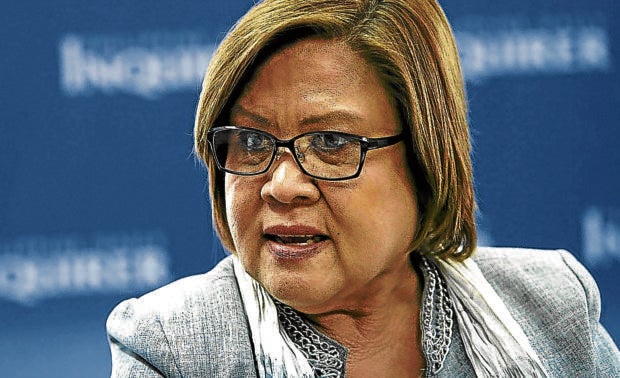 MANILA, Philippines — As the Senate blue ribbon panel resumes this week its inquiry into irregularities in the use of pandemic response funds, detained Sen. Leila de Lima has urged her colleagues to invoke the Senate’s constitutional powers by demanding the attendance of government officials despite a Malacañang ban.

“It is imperative that this Senate assert its constitutional powers and condemn the practices that disrespect and weaken our institution, lest we establish a precedent that would diminish this chamber’s very role in our democracy,” the senator said in a dispatch from Camp Crame.

De Lima said she filed proposed Senate Resolution No. 931, asking the Senate to respond as an institution to protest the Oct. 4 memorandum issued by Executive Secretary Salvador Medialdea directing all officials and employees of the executive department to snub the blue ribbon inquiry. INQ