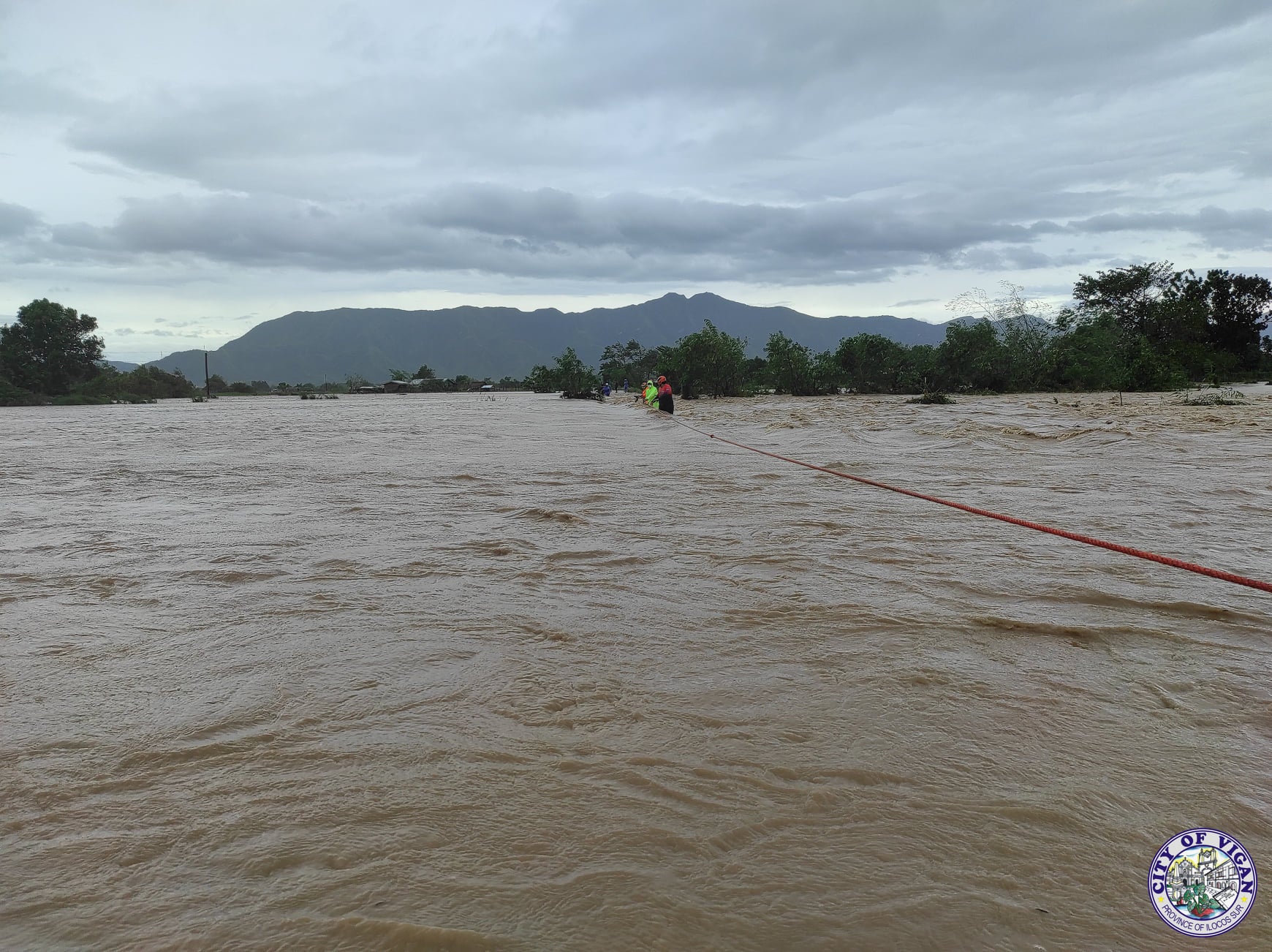 Rescuers respond to a flood-hit village in Vigan City, Ilocos Sur at the height of Severe Tropical Storm “Maring”. (Photo courtesy of 702nd Infantry Brigade of the Philippine Army)

This made “Maring” the most destructive calamity to hit the country this year after Typhoon “Jolina” (Conson) which, only last month, destroyed P1.36 billion worth of agricultural products and farm infrastructure.

About P1.4 billion worth of crops were lost, as Maring destroyed 68,137 hectares of farmland and about 91,422 metric tons of crops, the DA said.

About 9,426 heads of chicken, cattle, carabao, horse, goat, duck, and sheep were lost to the calamity, while P15.5 million worth of fish and fishery equipment were destroyed.

The biggest loss was incurred by the rice sector while the rest was sustained by corn farmers, vegetable and other high-value crop growers, fishers, and livestock raisers.

In the meantime, La Union province, which was placed under a state of calamity through Provincial Board Resolution No. 1413-2021, reported P369 million in crop losses and P63 million in damage to infrastructure.

In Ilocos Norte province, infrastructure damage due to Maring was estimated at P170 million while its agriculture sector sustained losses of about P80 million.

The damage inflicted by the tropical storm on agriculture in northern Luzon is seen to widen the food supply gap and push food prices up not only in affected provinces but also in other parts of Luzon, particularly Metro Manila.

The Cordillera region, which was hit by Maring, is a major supplier of vegetables in Luzon.

Based on the DA’s price monitoring reports, prices of upland vegetables in public markets in the metropolis have already increased by as much as P20 per kilogram compared to prices before the storm.

A kilo of cabbage and carrot used to cost P100 and P80, respectively, before Maring ravaged northern Luzon. As of Thursday, they have already increased to P120 and P100 a kilo.

Agriculture Undersecretary Kristine Evangelista earlier said the DA had about 40 trucks all over the affected regions to help with the movement of goods.

The DA is extending assistance to affected farmers, including the provision of seeds, drugs, and biologics.

The National Disaster Risk Reduction and Management Council (NDRRMC) reported that the death toll from Maring reached 39 while at least 17 individuals remained missing as of Saturday.

Of the 39, only 22 were confirmed by authorities, while the remaining 17 were still being validated.

Ilocos Sur province reported the highest number of deaths at 14, followed by nine in Benguet.

Seven were reported dead in Pangasinan, five in Palawan, two in Cagayan, and one each in La Union and Ilocos Norte, according to the latest report of the NDRRMC.

Among the youngest victims were three siblings ages 2, 6, and 8 who died after a landslide caused by torrential rains buried their home in Central Purok Ubbog, Ambiong, in La Trinidad town, Benguet province.

Search operations are ongoing for the 17 missing in La Union (seven), Ilocos Sur (five), Palawan (four), Ilocos Norte (one) and Palawan (one).

According to the NDRRMC, a total of 155,156 families in eight regions—Ilocos, Cagayan Valley, Central Luzon, Cordillera, Calabarzon (Cavite, Laguna, Batangas, Rizal and Quezon), Mimaropa, Western Visayas and Caraga—were affected by Maring’s onslaught and 4,318 of them were still in evacuation centers.

The municipality of Narra in Palawan also declared a state of calamity on Oct. 13.

More than 7,000 houses, mostly in the Ilocos region, were damaged by the winds and floods brought by Maring.

Damage to infrastructure—buildings, roads, and bridges—was estimated at P925 million, with the Ilocos region reporting the bulk of P911 million. —WITH REPORTS FROM DEXTER CABALZA, JOHN MICHAEL MUGAS AND YOLANDA SOTELO