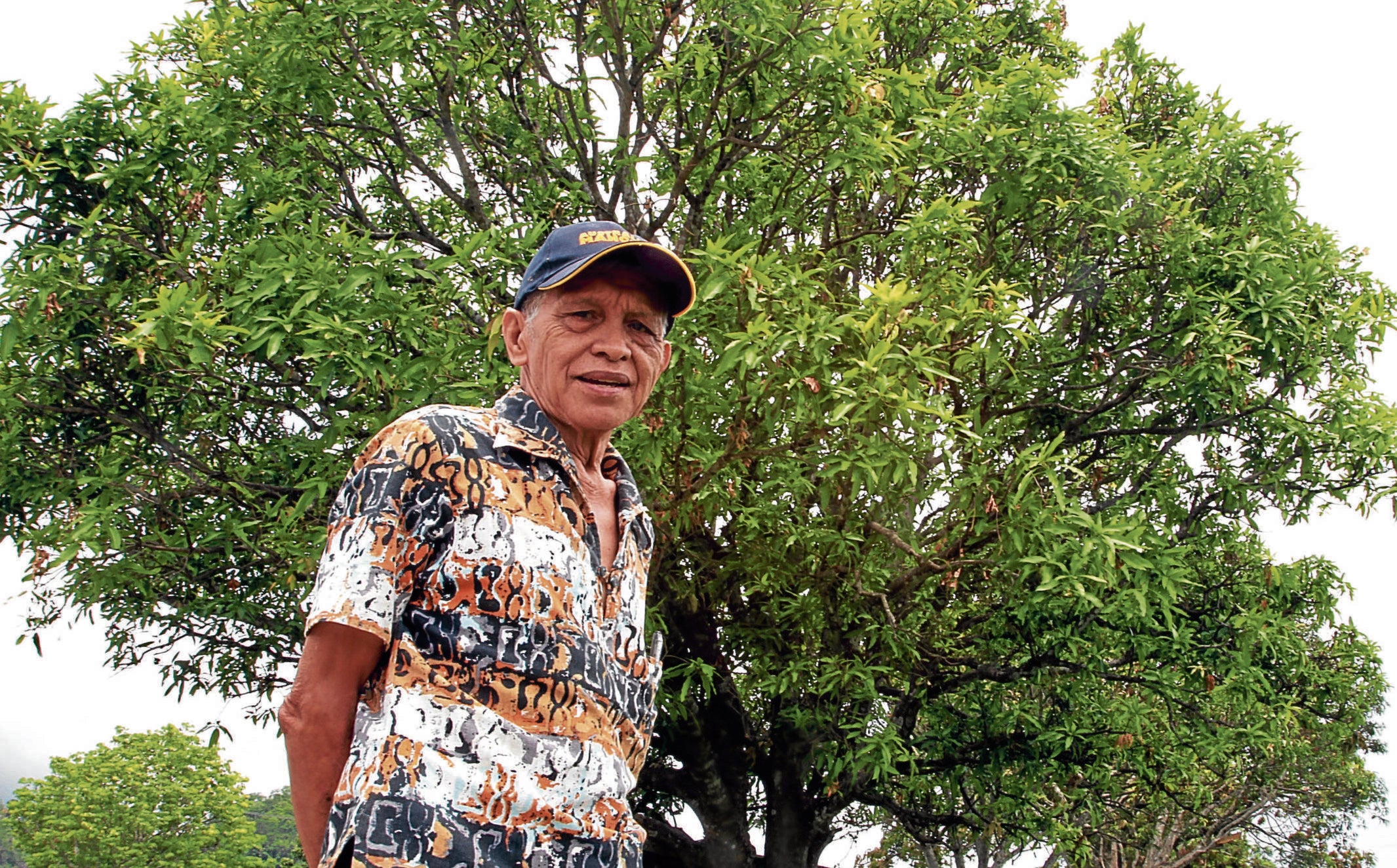 UNASSUMING Dr. Ramon Barba had his research and innovations patented but he never charged royalties so that Filipino mango growers can use them for free. —INQUIRER PHOTO

MANILA, Philippines — Ricardo Tolentino, or “Mang Carding” to his fellow farmers in Ilocos Norte, could still recall the time when he would burn piles of dry leaves and twigs under his mango trees for “25 consecutive days.”

It was then common practice among large-scale mango growers to engulf their orchards with smoke and smudge the trees with ash to induce flowering—and hope for a rich, off-season fruiting.

Back then, ripe mangoes would appear in market stalls in abundance only around May. Farmers were generally limited to a single harvest per year, and an equally bountiful yield was not always a certainty the next season.

That was until Dr. Ramon Barba, a scientist also from Ilocos, developed a chemical formula that allowed farmers like Mang Carding to harvest the fruit not once, not twice, but thrice a year.

For members of the academe, Barba, who was declared a National Scientist in 2014, was a foremost Filipino authority in plant physiology.

But for mango farmers like Tolentino, he was “Manong” (Ilocano for “brother”)—the old man “with the big brain”—who gave local agribusinessmen a competitive edge in producing fruits for local and international markets with regularity but without sacrificing quality.

“He visited us here in Laoag about 10 years ago,” Tolentino recalled. “He was humble and unassuming. You wouldn’t think he was a genius. When he came here we could not thank him enough. Until now, we still use his inventions on our farms.”

Barba, who died on Oct. 10 at age 82, dedicated his life to studying a wide variety of plants—forest and plantation trees, ornamentals, aquatic flora—but it was his work on the mango that his colleagues consider to be his magnum opus.

In 1968, at age 29, Barba developed a chemical spray combining water and potassium nitrate that could induce flowering in mango trees in a faster, cheaper way. Farmers using his formula were able to cause buds to sprout after 12 days.

Barba also developed a plant growth enhancer, simply known among users as the “flush,” that can accelerate the growth cycle of mango trees and triple the yield. Trees treated with flush produced fruit about 15 percent smaller than the typical Philippine mango, but the flesh remained soft, sweet and succulent.

“[Barba’s] pioneering work on the induction of flowering and fruiting of mango resulted in the change from seasonal supply of fresh fruits to year-round availability of abundant fresh mangoes,” the Department of Science and Technology (DOST) said last week in a tribute to the late scientist.

“The regularity of mango production is the key ingredient in the development of mango exports, which gave rise to an entirely new industry of processed mango products,” the DOST added.

“There were no processors back then,” said Tolentino, who now leads United Mango Stakeholders Association of the Philippines. “Only when the industry was able to produce volumes of mangoes that a lot of players came in.”

By the 1970s, thanks to Barba, mangoes had become one of the most profitable fruit crops in the country (next to bananas and pineapples), either sold fresh or used for processed products like juices, ice cream, pastries, and sweets.

Barba’s inventions eventually gave birth to a robust export industry that contributes billions of dollars to the government annually.

As a young scientist, Barba patented his breakthroughs but charged no royalties so that local farmers may use the technology for free. To this day, his ideas are also being used in other Asian countries and in Latin America, Africa, and Australia.

“We have lost a gem in agriculture,” Agriculture Secretary William Dar said. “Doctor Barba’s contribution in the induction of mango flowering will always be a part of Philippine agriculture.”

Dar and Barba led professional lives devoted to research and had common beginnings from their college years at the University of the Philippines (UP) Los Baños.

According to the secretary, Barba was known early on at UP Los Baños as a dedicated student and then teacher. “He can be jolly sometimes but he was more of a serious person. He was also very approachable,” he said.

In 2014, he was proclaimed a National Scientist by then President Benigno Aquino III, the 34th to receive the distinction.

Aside from that honor, Barba earned other awards, including The Outstanding Young Men of the Philippines for Agriculture, Rizal Pro Patria Presidential Award for Tissue Culture, the Most Distinguished Alumni Award from UP, and the SEARCA Dioscoro L. Umali Achievement Award in Agricultural Development.

As a national scientist, Barba was entitled to a lifetime pension, a place of honor in state functions, and a state funeral.

For Lito Francisco, vice president of the United Luzon Mango Stakeholders Association, the best way to honor someone like Barba is by perpetuating his works and his inventions.

“I hope Doctor Barba knows that his invention gave millions of Filipinos a new livelihood. I do not know him personally, but if not for him, the mango industry would not have grown as much today,” he said.

“Someone should write a book about Doctor Barba’s legacy to make sure that the next generation will not forget him, especially his legacy. He lifted the mango industry on his shoulders,” he added.