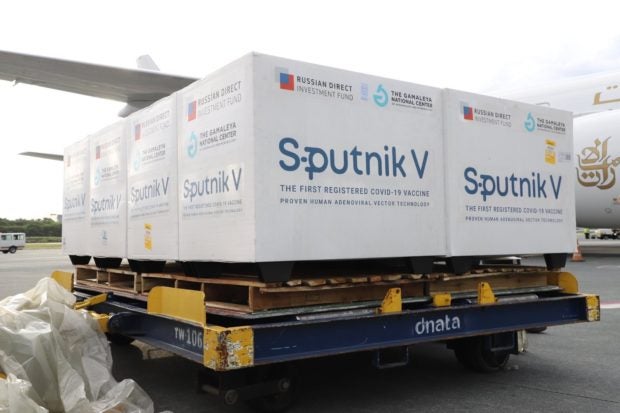 MANILA, Philippines — The Philippines on Saturday received the biggest shipment of Sputnik-V from Russia, authorities have reported.

The 720,000 doses are procured by the national government, according to the National Task Force against COVID-19 (NTF). The vaccines arrived at the Ninoy Aquino International Airport in Pasay City.

Herbosa said this brings the total number of Sputnik-V doses delivered in the country to 1.3 million.

He also said that more than 91 million vaccine doses have since arrived in the country.

“The other good news is we have breached almost 92 million doses delivered to Filipino people by the different brands.”

Meanwhile, the country is also expecting the arrival of 207,090 Pfizer vaccines at around 9:20 pm.