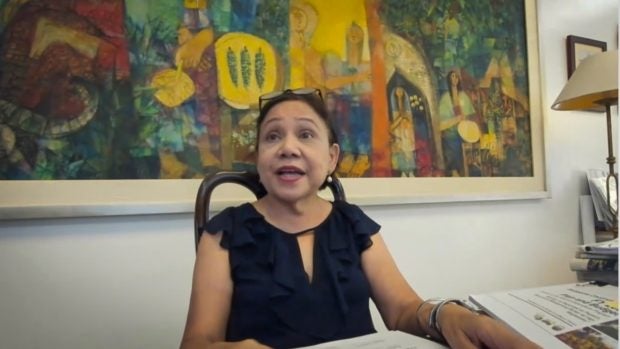 MANILA, Philippines — Senator Cynthia Villar has scolded officials of the Philippine Coconut Authority (PCA) over its confusing proposed budget, saying that the budget should be fixed and reorganized so that no duplication of projects would happen.

During the Senate’s deliberation of PCA’s budget on Thursday, Villar reminded PCA officials that the P613 million from PCA’s proposed budget of P1.097 billion — or those outside the agency’s personnel services — should be used to complement, and not duplicate the projects that would tap the coco levy funds.

The coco levy funds, which were sourced from taxes imposed on coconut products to develop the industry since the time of former president Ferdinand Marcos, is estimated to be around P100 billion to P150 billion.  It was seized by the government after Marcos’ dictatorship collapsed, and has been ruled to be part of public funds.

READ: WHAT WENT BEFORE: Coconut levy imposed by Marcos

Villar asked PCA officials to present the differences of the programs that would be initiated by the PCA and the Department of Trade and Industry.  Along with this, the Senator also asked for the specification of the projects that PCA is proposing.

But aside from questions regarding their budget, Villar also asked why the PCA has not been trying to maximize the potential of coconut products, saying that when she was at a world fair in Germany, the country did not showcase any product from coconuts considering it is a top producer worldwide.

Villar raised the question after PCA Administrator Benjamin Madrigal said that they are looking to raise income if coconut suppliers process coconut husks into other products.

According to Villar, the coconut husk is already a by-product — while other countries are already selling and investing in coconut water and coconut sugar.

Before the hearing ended, Villar told PCA officials to set-up another meeting with her so that they can thresh out issues in the budget, before it goes into the plenary hearings.