US to open land borders to vaccinated travelers in November 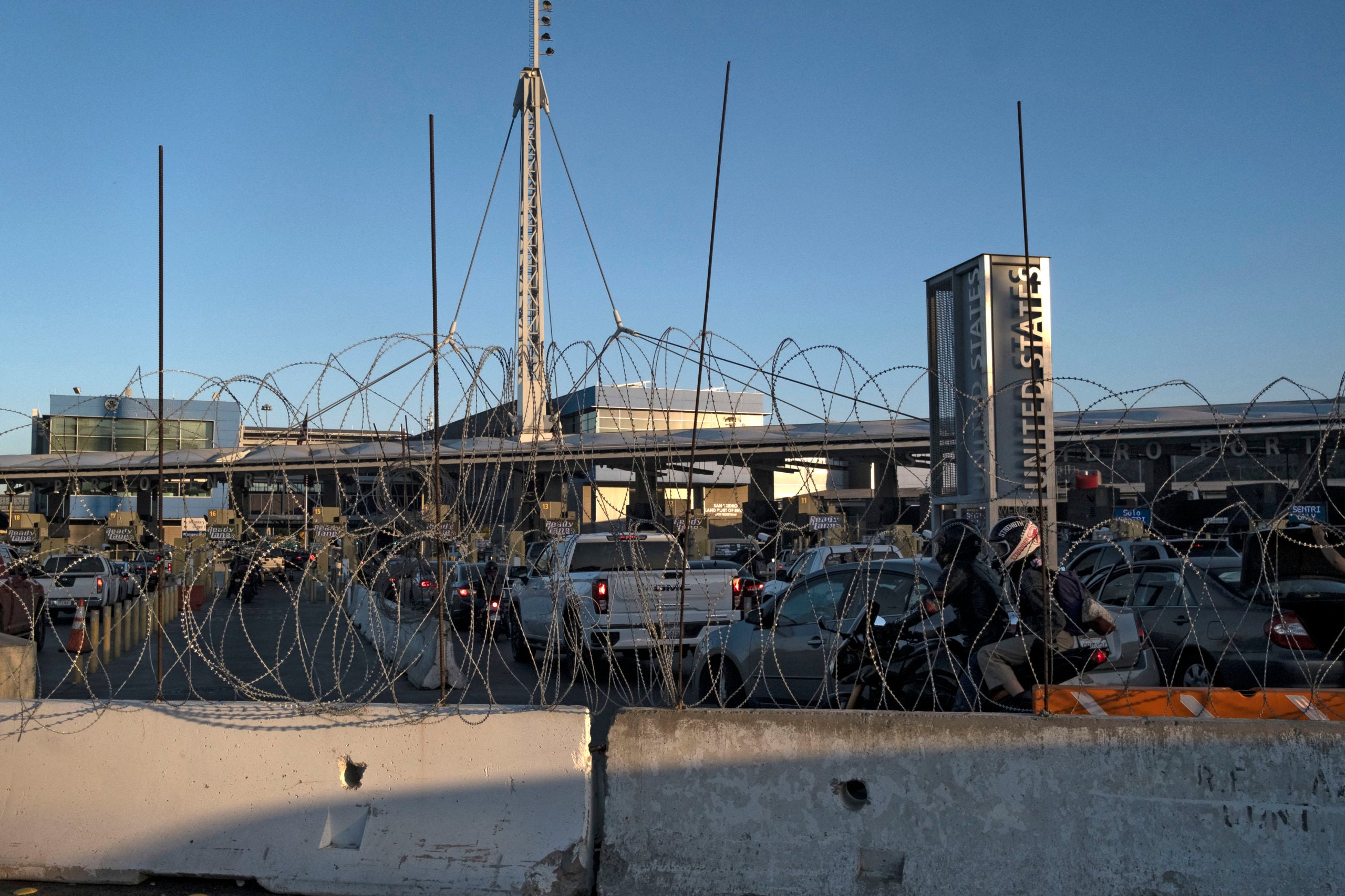 Commuters queue to cross to the United States at the San Ysidro Crossing Port in Tijuana, Baja California state, Mexico, on October 13, 2021. – The US will reopen land border ports in November for non-essential travelers after restrictions due to the COVID-19 coronavirus pandemic started in March 2020. (Photo by Guillermo Arias / AFP)

WASHINGTON — The United States will open its land borders with Mexico and Canada in early November to non-essential travelers who are fully vaccinated against Covid-19, a senior White House official announced Tuesday.

The official said the administration would give the “precise date very soon” — both for land crossings as well as international air travel, which would be timed to “go together.”

The United States had already announced in September that it would lift bans in November on all vaccinated air passengers who undergo testing and contact tracing.

In an effort to slow the spread of the coronavirus, US borders were closed in March 2020 to travelers coming from the European Union, Britain and China, with India and Brazil added to the list later. Overland visitors from Mexico and Canada were also banned.

The nearly 19 months of restrictions led to both personal and economic suffering.

Initially, vaccines will be required for “non-essential” trips — such as visiting family or tourism — though unvaccinated travelers will still be allowed into the country for “essential” trips as they have been for the last year and a half.

A second phase beginning in “early January” 2022 will require all visitors to the United States to be fully vaccinated, no matter the reason for their trip.

“This phased approach will provide ample time for essential travelers such as truckers or others to get vaccinated, enabling a smooth transition to the new system,” the official said.

The new schedule means the land border restrictions, which are currently set to expire on October 21, would have to be extended one more time before the new rules enter into force, the official indicated.

The senior official pointed to recent recommendations from US health authorities for guidance on which vaccines would allow travelers entry.

The Centers for Disease Control and Prevention (CDC) said last week that all vaccines approved by the US Food and Drug Administration (FDA) and the World Health Organization (WHO) would be accepted for entry by air, the official pointed out.

“While the CDC hasn’t made a final determination here, I anticipate that that would be the same for land travel as well,” the official said, explaining that the AstraZeneca vaccine, which is not administered in the United States, would be accepted.

The rule change will only apply to legal land crossings into the country, the official said.

“Title 42” — the controversial Trump-era rule continued by the Biden administration which allows those crossing illegally to be deported for public health reasons — will remain in place, the official said.

The White House cited Title 42 when thousands of Haitians gathered along the US-Mexico border were deported last month, with critics saying the law unfairly restricts those seeking asylum.

The White House official said Tuesday that details were still being sorted to allow vaccinated air travelers to enter the United States, including plans on how to undertake contact tracing on such visitors. Passengers will also be tested for the coronavirus, the official said.