Colmenares in talks for spot in Robredo’s Senate slate 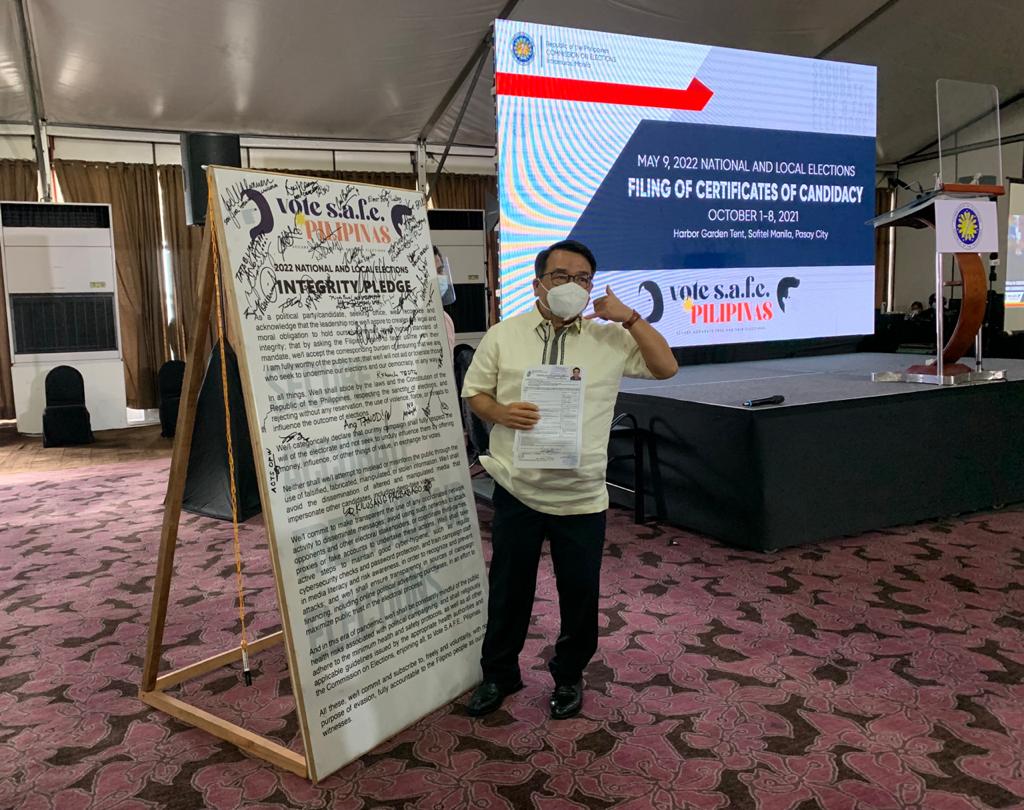 MANILA, Philippines — Bayan Muna chair and senatorial candidate Neri Colmenares on Wednesday said his group was in talks with Vice President Leni Robredo over his inclusion in the opposition’s senatorial slate.

In a text message to Inquirer.net, the former lawmaker said talks were still ongoing, but no decision had been made yet.

Another source who asked not to be named revealed that labor leader Sonny Matula was also discussing his senatorial bid with the Vice President.

Robredo confirmed her presidential candidacy on Oct. 7 after filing her certificate of candidacy before the Commission on Elections on the same day.

Baguilat took the spot of Sen. Francis Pangilinan, who set aside his senatorial bid after being picked by Robredo as her vice presidential running mate, while former Sen. Bam Aquino’s Senate comeback also took a back seat so he could head Robredo’s presidential campaign instead.

As the Vice President gears up for her presidential campaign, her spokesperson Barry Gutierrez said Robredo would be moving away from traditional methods and focusing more on converting passive observers into becoming active supporters by giving them a more active role in drawing more people in their ranks.

“This is not going to be a traditional campaign but transforming people who are normally passive observers into more active participants in the campaign itself,” he said in an online forum.

Many who have expressed support for Robredo appear to belong to the youth—a crucial advantage, Gutierrez said, especially in a campaign that might revolve largely on social media.

However, he was not discounting the merits of “more old-school methods of campaigning.”

Gutierrez said they hoped to tap more people who were willing to campaign “within their daily routines and networks.”

“Social media will play a key role, but I think we cannot overlook the revival [of] and emphasis on person-to-person interaction,” he said.

“Let’s talk to at least one acquaintance and tell them why we support (Vice President) Leni, and why we think she should be our president,” he said. “I think these kinds of spontaneous campaigning would be the one that moves the needle.”