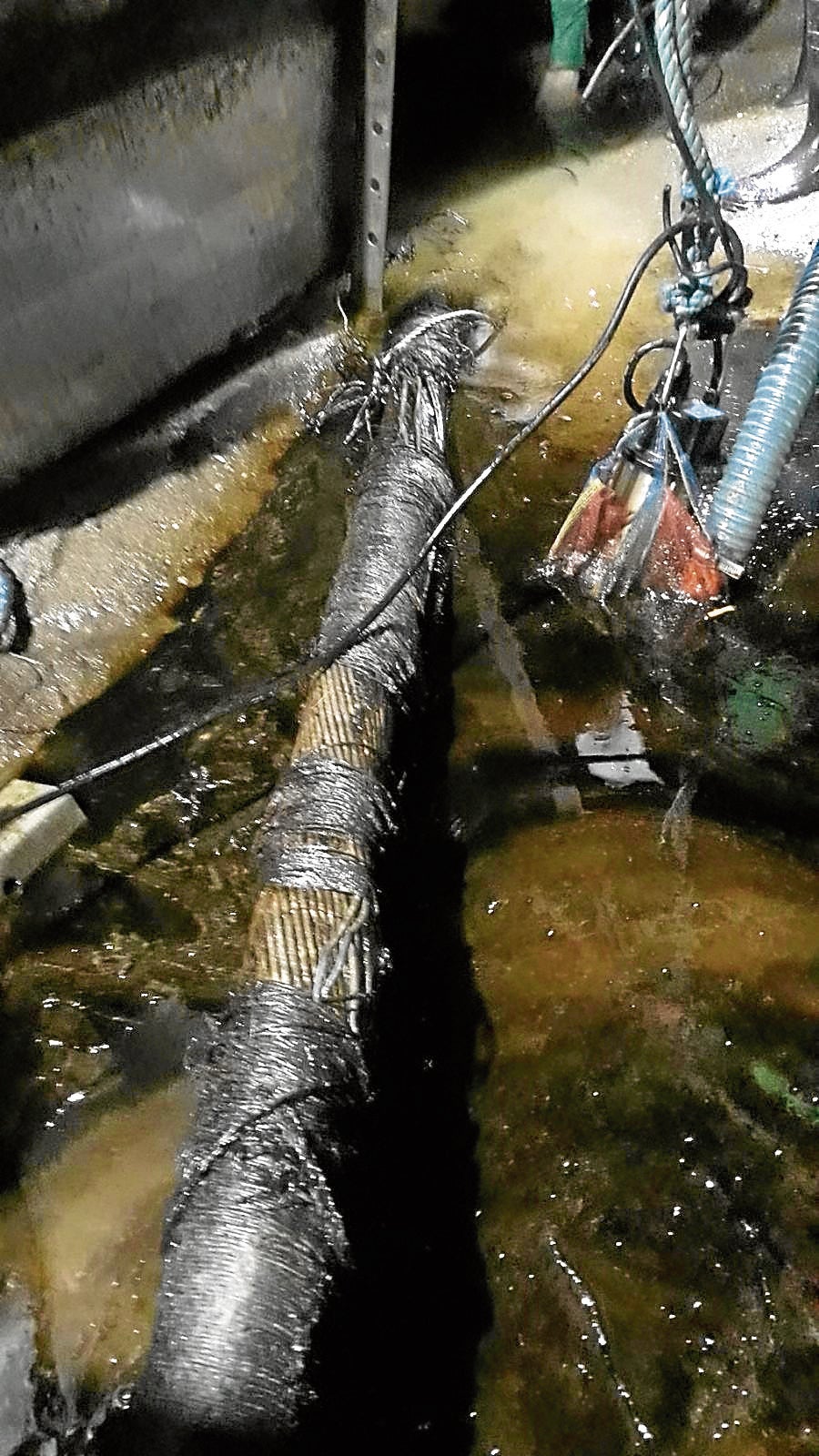 DAMAGED This photo from the National Grid Corp. of the Philippines website shows a portion of the damaged submarine transmission cable connecting Cebu and Negros islands.

ILOILO CITY—The national association of rural electric cooperatives has sought the help of the House committee on energy in the implementation of the Energy Regulatory Commission (ERC) order stopping additional electricity charges due to a damaged transmission cable connecting Negros and Cebu islands.

In a statement on Oct. 12, the 121-member Philippine Rural Electric Cooperatives Association Inc. (Philreca) also welcomed House Resolution No. 2206 which directs the conduct of an investigation of increased electricity rates in Negros and Iloilo provinces.

Philreca said member consumers of 10 cooperatives “have been victims of this unnecessary spike in electricity rates.”

It said the increase was due to a damaged 138-kiloVolt high voltage submarine cable connecting Negros and Cebu islands.

The National Grid Corp. of the Philippines (NGCP) earlier said the submarine cable, with a total capacity of 180 megawatts, was damaged on June 15 due to dredging and rechanneling work being undertaken by the Department of Public Works and Highways along Bio-os River at Barangay Jagna in Amlan, Negros Oriental.

The transmission capacity between the two islands has been limited to 90 MW due to the damage. It has also caused congestion in the flow of power supply and has driven up electricity rates due to added congestion and other rates.

The ERC said repairs on the submarine cable could last until October 2023, citing an NGCP report.

Upon appeals of electric cooperatives, local officials and legislators, the ERC on Sept. 20 directed the Philippine Electric Market Corp. (PEMC) to stop the collection of congestion and other charges related to outage due to the damaged submarine cable until the transmission line is restored.

It also directed the PEMC to refund consumers the congestion and other related charges collected from June to August. The PEMC governs the wholesale electricity spot market where power supply is traded by buyers and sellers.

Philreca is seeking assistance from the House committee on energy “to urge generation companies and the Independent Electricity Market Operator of the Philippines (IEMOP) through the PEMC to implement the order of the ERC so that necessary adjustments can be done by electric cooperatives on their billings.”

It is also hoping that the IEMOP will implement the adjustment of bills from June to August “[at] the soonest possible time” so that consumers can get their refund.

“The electric cooperatives, being collectors of other charges, had no control on the imposition of other fees. The only fees that the (cooperatives) have control of—the distribution, supply and metering … remained unchanged, not just for the last few months but in the last few years and we intend to keep it that way,” it said.