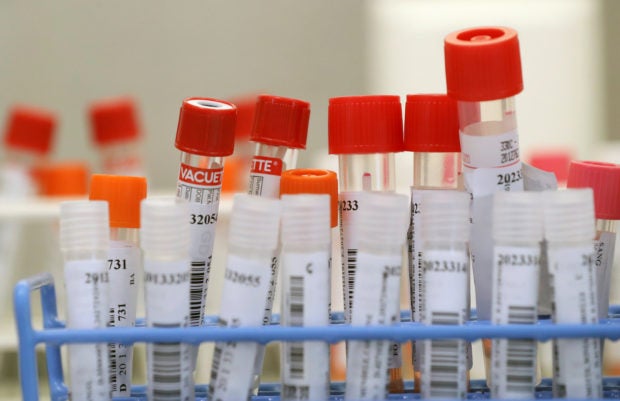 MANILA, Philippines — An official of the Department of Health (DOH) said that there might be instances where private laboratories charge twice for COVID-19 testing, but the Philippine Health Insurance Corp. (PhilHealth) said safeguards were in place to prevent abuse.

During the budget hearing of the DOH in the Senate on Wednesday, Senator Nancy Binay voiced concern about donated testing kits the government gave to private laboratories during the height of the epidemic.

Binay asked if the DOH could provide data on the quantity of the test kits it gave to private laboratories and match these to the number of tests for which PhilHealth received claims.

The senator expressed worry about laboratories that may still charge patients and ask PhilHealth for reimbursement.

(We can monitor the price, but we have no idea if a private laboratory is double charging.)

Under PhilHealth’s COVID-19 test package, testing laboratories can claim P3,409 per test if all services and test kits are procured and provided by them.

(If that’s the case, there’s a probability that a private laboratory is charging the one getting the test and at the same time is claiming the full price from PhilHealth?)

Santiago answered in the affirmative. “Pwede po, may possibility po [Yes, that can be, there’s a possibility].”

Binay then said a “safety net” should be in place to prevent the possibility of “double charging” for testing.

PhilHealth, however, said it does have control mechanisms to ensure that the state insurer only pays the appropriate price for the claims.

“During our claims processing review, when the claims come into us, we have adjudicators and medical personnel to review the claims because if the items are donated then that is indicated in the claims documents given to us. Then we pay the appropriate amount,” said PhilHealth vice president for corporate affairs and spokesperson Shirley Domingo.

However, Binay is still concerned over the possibility of patients being charged for tests that are supposed to be free of charge to them.

“Kasi what if out of pocket nung tao e technically libre pala yung ginamit niya ‘di ba? So parang there’s no way for us to know, right?” the senator said.

(Because what if the patient pays out of pocket for a test that is technically free. So it’s like there’s no way for us to know, right?)

(PhilHealth will only come when there are requests for reimbursement. For example, I paid cash, and the test kits used on me should be free of charge on my end because it was a donated testing kit.)

But Domingo explained that the documents submitted to PhilHealth for the claims include a certification that would certify that “no charge was made to the patient or other charges and discounts were made against other actual charges.”

“And this annex is signed by both the laboratory and the patient. So that’s a safeguard that what documents, the information in the documents given to us are true,” the PhilHealth official added.

Binay asked the DOH to submit records to the Senate regarding the number of test kits given to private laboratories.