Most of PH to have good weather on Thursday, says Pagasa | Inquirer News
Close
menu
search

Most of PH to have good weather on Thursday, says Pagasa 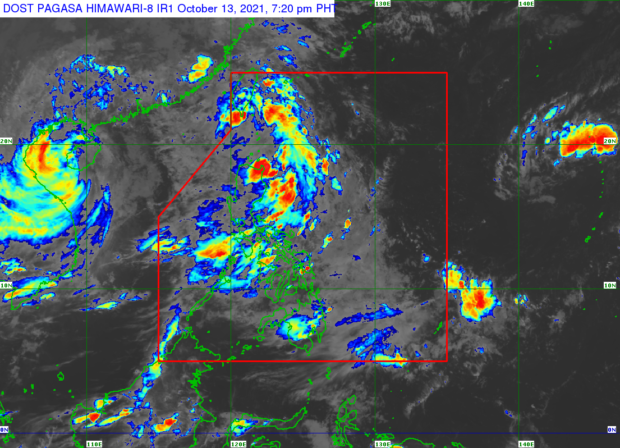 MANILA, Philippines — Majority of the country could expect fair weather on Thursday, the state weather bureau said, although cloudy skies and rain remain possible over Palawan due to the southwest monsoon.

Weather specialist Ariel Rojas, however, also noted that thunderstorms in the afternoon and evening may also occur despite the predicted good atmospheric conditions.

(Still due to the effects of the southwest monsoon, Palawan will still experience overcast skies and there will still be scattered rain showers, lightning, and thunder.)

Thunderstorms are also possible in Visayas and Mindanao, Rojas said, even if the forecast of Philippine Atmospheric, Geophysical and Astronomical Services Administration or Pagasa indicated it would be a hot and humid Thursday in these regions.

As for Severe Tropical Storm Maring (international name: Kompasu), Pagasa said its center was at 1,155 kilometers west of Extreme Northern Luzon as of 3 p.m. Wednesday and that it hit Hainan in the southern part of China. It was heading towards the northern part of Vietnam.

Meanwhile, below are the state weather service’s forecast temperature ranges in the country’s key cities/areas for Thursday:

Pagasa further noted that gale warning is still hoisted over the seaboards of Batanes, Babuyan Islands, Ilocos Norte, Occidental Mindoro, as well as the western coast of Palawan including the Kalayaan islands.

(Meantime, our fishermen will not be allowed to sail in the areas where there is a gale warning.)