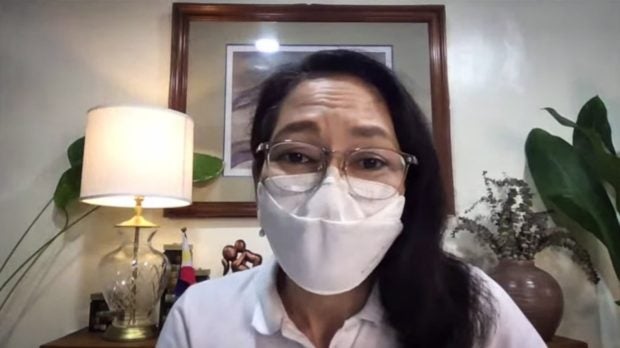 MANILA, Philippines — Senator Risa Hontiveros on Wednesday pushed for the inclusion of 13,167 non-medical personnel in healthcare facilities in the granting of COVID-19 benefits, which would entail an additional P474 million in the budget of the Department of Health (DOH).

“I am really proposing to the good secretary na i-automatically [to automatically] include an additional P474 million para sa mga [for the] 13,167 non-licensed healthcare facilities-based workers,” Hontiveros said during the DOH’s budget hearing in the Senate.

These workers include orderlies, waste collectors, janitors, and security personnel.

During the hearing, Health Secretary Francisco Duque III said janitors, waste collectors and other personnel performing non-medical jobs are yet to be included in the provision of COVID-19 benefits entitled to medical frontliners.

“Karamihan po dito ay [Most of them,] they are employed through an agency,” he said.

“But certainly it would be good to include them because of the risk they face,” Duque added.

Hontiveros asked Duque if he could commit to include the benefit of these non-licensed workers in the DOH’s 2022 budget.

She pointed to an agreement for a “more liberal interpretation” of the law on the grant of benefits to healthcare workers previously discussed during a Senate blue ribbon committee hearing.

Duque said he supports the senator’s proposal, and it will be most welcome if Congress appropriates the budget.