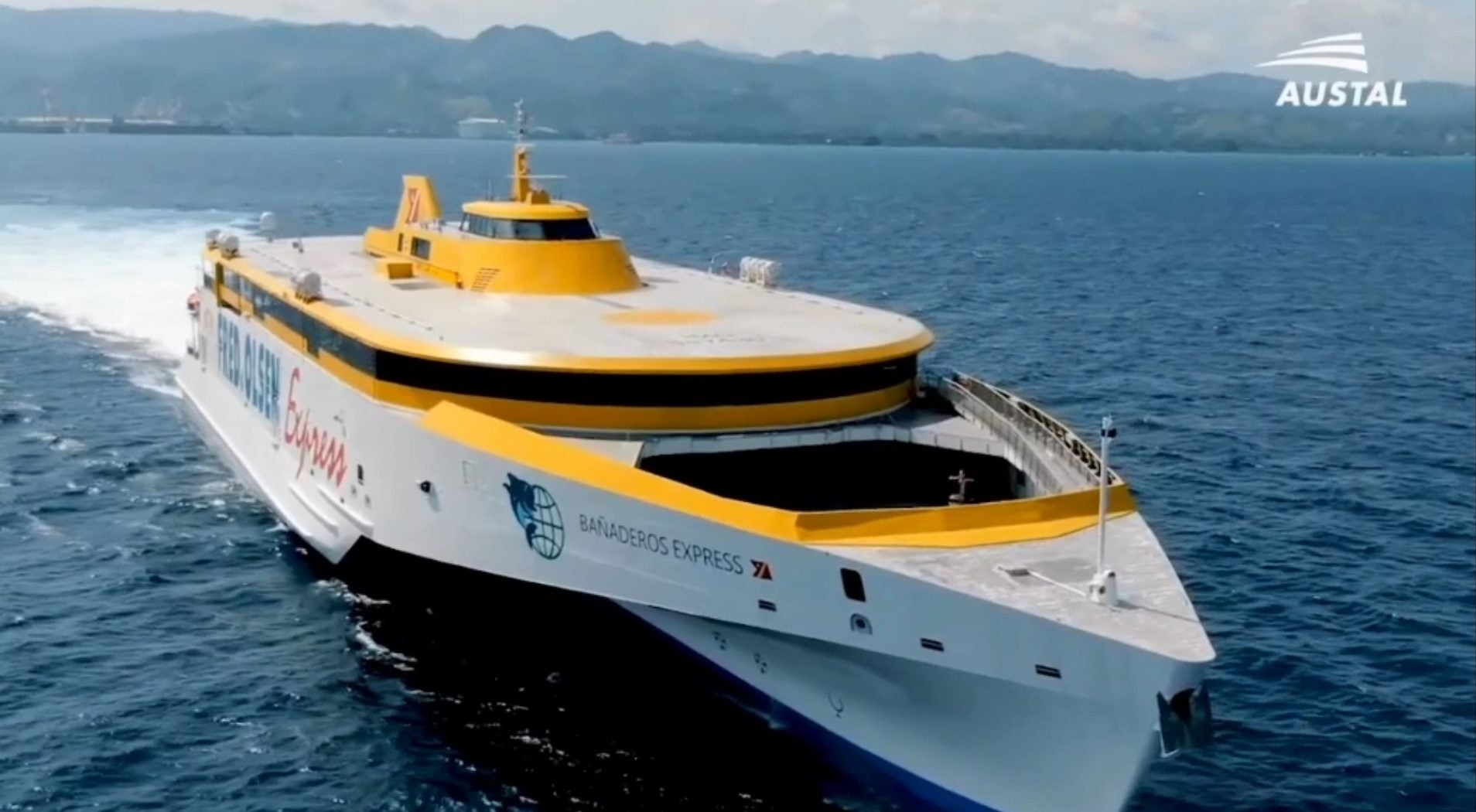 The Bañaderos Express is built in the Balamban town, Cebu. (Photo courtesy of Austal PH)

CEBU CITY — Another world-class ship built in the western coastal town of Balamban in Cebu is set to be exported to the Canary Islands this month.

The Bañaderos Express is the largest high-speed trimaran ever built in the Philippines by the global shipbuilder, Austal, located in the West Cebu Industrial Park in Balamban.

The 118-meter new ship built in the province can carry 278 cars and even trucks.

The vessel, completed last October 4, has four state-of-the-art engines and has a cruising speed of 37.5 knots.

“Bañaderos Express is also the 20th vessel Austal has completed since it set up shop in West Cebu Industrial Park (WCIP) in Balamban, Cebu in 2012. It was built for inter-island ferry service Fred Olsen Express of the Canary Islands,” read the statement sent by Aboitiz Infra Capital which is among the developers of the WCIP.

Early this year, Balamban also built and delivered the Fjord FSTR for the Fjord Line of Norway. Another ship is being built for export to Denmark, soon becoming the largest high-speed vessel ever built in the country.

Austal Philippines President and General Manager Wayne Murray said the delivery of Bañaderos Express was a very proud moment for the Balamban-based team of 1,000 employees who safely and efficiently constructed the 118-meter ferry throughout the pandemic.

Dubbed as the ‘Shipbuilding Capital of the Philippines,’ Balamban is gearing for the expansion of WCIP to more than 40 hectares, enabling other locators aside from the Austal’s shipbuilding facilities.

“We are proud to be hosting Austal, which is renowned for designing and building world-class ships that allow for the most comfortable traveling by sea. As we celebrate this achievement with them, we are proud to soon launch the construction of our expansion that can help bring in more world-class locators to Balamban,” said Rafael Fernandez de Mesa, CIPDI President and First Vice President for the Aboitiz Integrated Economic Centers.

The construction of their expansion is set to kick off in January 2022 and is scheduled to be completed by December 2023. It is expected to generate thousands of jobs during and after construction.