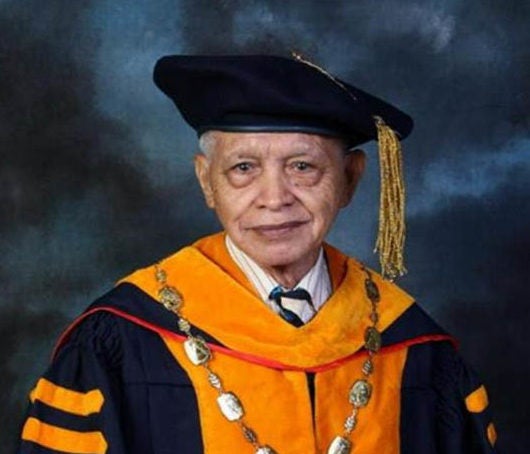 MANILA, Philippines — National Scientist Ramon Barba, whose technological breakthrough made mango supply available all year round, died on Oct. 10. He was 82.

Barba was recognized for his achievements in plant physiology, which focused on the induction of mango flowering and micropropagation of significant crop species, the Department of Science and Technology said.

He led the development of Flush, a plant growth enhancer that speeds up the growth cycle of trees and advances the fruiting and flowering stages enabling the mango trees’ continuous fruit-bearing.

“His pioneering work on the induction of flowering and fruiting of mango resulted in the change from seasonal supply of fresh fruits to year-round availability of abundant fresh mangoes,” the agency said.

In 2014, former President Benigno Aquino III conferred Barba the Order of National Scientist for his significant contribution to the science and technology field.

His innovation also kicked off a multibillion-peso industry in potassium nitrate, a chemical that has become a well-known flower inducer, that contributed up to P40 billion to the economy.

Barba earned his bachelor’s degree in agriculture from the UP College of Agriculture (UPCA) in 1958. He became an assistant instructor in UPCA from 1958 to 1960 and pursued graduate studies in the field of horticulture in the United States.