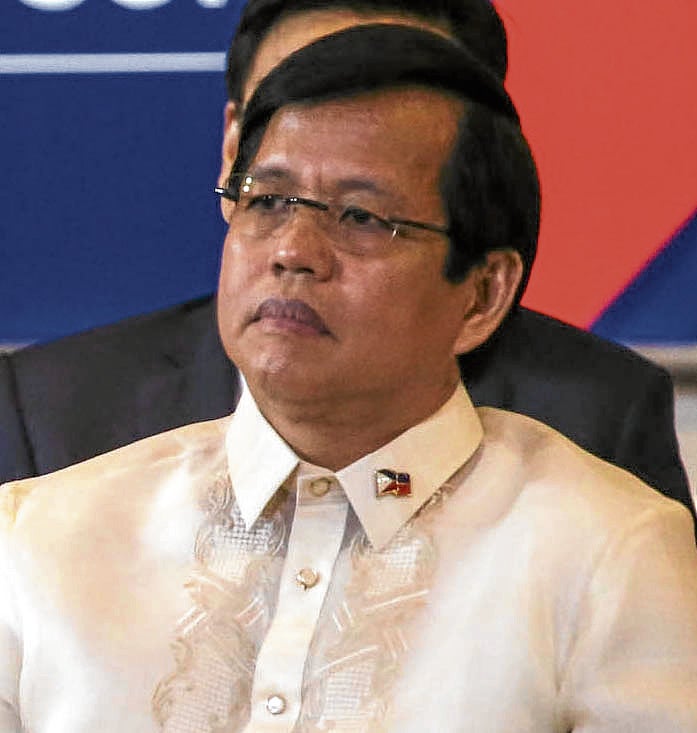 MANILA, Philippines — A Makabayan lawmaker on Tuesday urged the House of Representatives to start its own investigation of the distribution through a little-known firm of cash aid to poor Filipinos by the Department of Social Welfare and Development (DSWD).

“If the House heard the Pharmally issue, there is no reason why this Starpay issue should not be investigated as well. Especially considering that it involves a much bigger amount awarded to a relatively unknown entity,” said the House deputy minority leader in a text message to the Inquirer.

Pharmally Pharmaceutical Corp. is at the center of a Senate inquiry on the Department of Health’s controversial pandemic supplies contracts after the undercapitalized company bagged some P12 billion worth of government deals.

Starpay Corp., owned by businessman Joey Yeung Uy, is an electronic money issuer (EMI) licensed by the Bangko Sentral ng Pilipinas (BSP) and operates like an e-wallet similar to GCash and PayMaya. It was among a number of EMIs tapped by the government to remit cash benefits to beneficiaries identified by the DSWD.

It was brought to the limelight last July when Sen. Manny Pacquiao exposed an alleged massive corruption in the DSWD’s cash payout program, claiming that P10.4 billion in SAP funds were unaccounted for, and raised several questions about how Starpay was able to corner a P50-billion share of the cash aid for distribution to DSWD beneficiaries despite acquiring a license only in 2018 and declaring a loss in 2019.

Zarate added: “It is imperative to probe the slow distribution of the aid and why this is so. Are these funds deposited in private banks and used to gather interest? The distribution of cash aid cannot be snail-paced because the lives of our poor countrymen are at stake.”

HR 2146 sought to probe the “allegedly anomalous transactions” of the DSWD in distributing social amelioration to poor Filipinos badly hit by COVID-19.

Back in August, the Makabayan bloc said Starpay received P 33.2 billion, or 69 percent of the P 47.9-billion social amelioration fund.

Citing a 2020 audit report on the DSWD, it added that the DSWD channeled only 0.01 to 11.48 percent of social amelioration funds to five other financial service providers: G-Xchange Inc. (operator of GCash), Paymaya Philippines Inc., Rizal Commercial Banking Corp. (RCBC) and Union Bank of the Philippines.

It also noted that only 500,000 beneficiaries received the aid, contrary to the DSWD’s report that Starpay completed the payout for 1.8 million beneficiaries.

The measure then urged the House committees on good government and accountability and on public accounts to conduct an investigation in aid of legislation on the DSWD’s distribution of cash aid.

However, a check of the House of Representatives website showed that the measure has been pending before the House rules committee since Aug. 23. This means the measure has not yet been referred to the two committees for hearing and proper action. The House is on break and will resume sessions on Nov. 9.

The House good government and accountability committee recently concluded its probe on the alleged overpricing of COVID-19 supplies involving Pharmally Pharmaceutical Corp. and is expected to release a report in the next two months.

“I will make a follow-up on it but since we are on break, it might be when sessions resume and when the House committee on rules meets again,” Zarate said.

During Monday’s hearing of the Senate finance subcommittee on the DSWD’s budget, senators learned that the little-known Starpay got the lion’s share of fund transfers for social amelioration.

Senators drew parallels between Pharmally, whose P11.5 billion COVID-19 supply contracts are under scrutiny, and Starpay, whose startup capital was reportedly P62,000.

During the Senate hearing, it was learned that Starpay cornered P50 billion out of the P85.1 billion in cash aid even if it was relatively new and smaller compared to other financial service providers like GCash and PayMaya.

Social Welfare Secretary Rolando Bautista told the senators during the hearing that all of the DSWD’s dealings with Starpay were made in consultation with the BSP.

Under the original arrangement, he said Starpay was supposed to handle cash transfers to only 1.6 million beneficiaries, but the DSWD allowed it to accommodate more people because of technical difficulties experienced by the other service providers, which had no means of offline transfers.

Bautista noted that many of the beneficiaries either had no mobile phones or had given wrong or nonworking numbers and that Starpay and RCBC had the capability to redistribute the funds to these individuals.