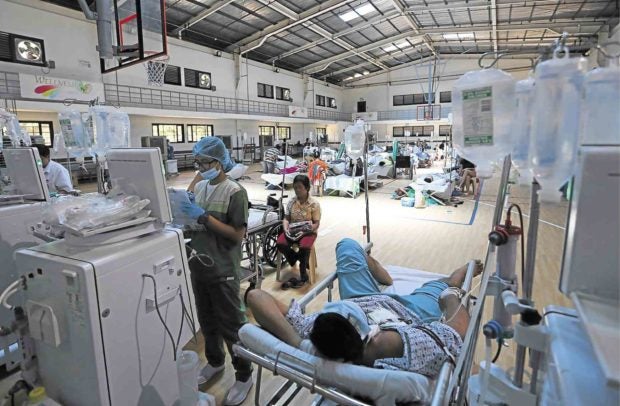 MANILA, Philippines — A survey from the Social Weather Stations (SWS) on Tuesday found that 91 percent of Filipino adults feared their family members would contract the COVID-19, while 60 percent believed “the worst is yet to come.”

The number of Filipinos worried about the deadly virus is the highest recorded percentage, up from just 87 percent in the previous survey in June.

READ: SWS: Pinoys fear ‘the worst is yet to come’ in COVID pandemic

Of the 91 percent, SWS noted that 76 percent were “a great deal worried,” 15 percent “somewhat worried,” 4 percent “a little worried” and 5 percent “not worried” that anyone in their immediate family might catch COVID-19

According to the SWS, the percentage of those who said they were a “great deal worried” and “somewhat worried” of sickened with COVID-19 is highest in the Visayas at 95 percent; followed by Mindanao at 95 percent; Metro Manila at 91 percent; and Balance Luzon at 88 percent.

‘Worst is yet to come’

Meanwhile, the number of Filipinos who believe “the worst is yet to come” in the COVID-19 crisis also rose to 60 percent in September, almost doubling from the 39 percent recorded in June 2021.

This also surpasses the previous highest percentage recorded in July 2020 at 57 percent.

Those saying “the worst is behind us,” on the other hand, fell to 38 percent in September compared to the 59 percent in June 2021.

Ironically, more people said the “worst is yet to come” in Balance Luzon compared to Mindanao despite reversed positions on how much they worry about contracting COVID-19.

SWS said that the percentage of those fearing “the worst is yet to come” were highest in Balance Luzon at 65 percent; followed by the Visayas at 62 percent; Metro Manila at 61 percent; and Mindanao at only 49 percent.

The non-commissioned survey for the third quarter of 2021 was conducted from September 12 to 16, 2021, using face-to-face interviews of 1,200 adults, 18 years old and above, nationwide.