Signal No. 2 still up in 9 areas of Luzon due to severe TS Maring – Pagasa | Inquirer News
Close
menu
search

Signal No. 2 still up in 9 areas of Luzon due to severe TS Maring – Pagasa 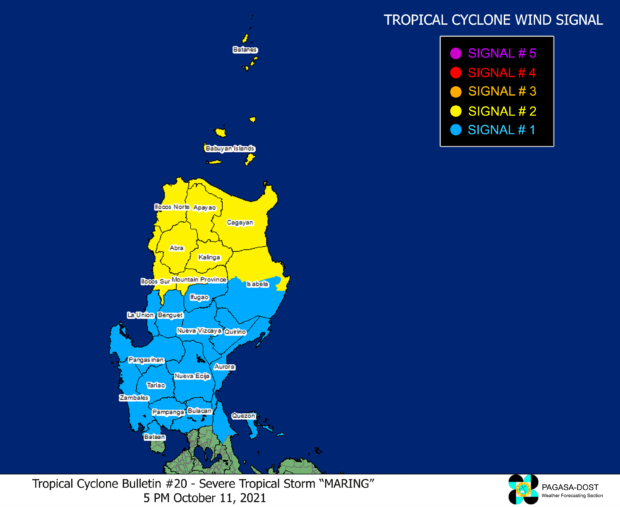 The storm, Pagasa also said, was moving westward at 20 kilometers per hour (kph), with maximum sustained winds of 95 kph near the center and gustiness of up to 115 kph.

Pagasa further said it anticipates the severe tropical storm to leave the Philippine area of responsibility or PAR by Tuesday morning.

Meanwhile, the Maring-enhanced southwest monsoon, locally known as habagat, was forecast to dump rain over the Visayas, Zamboanga Peninsula, Palawan, Occidental Mindoro, and Oriental Mindoro within the next 24 hours.

Below were areas where Pagasa hoisted tropical cyclone wind signals as of 4:00 p.m. Monday: 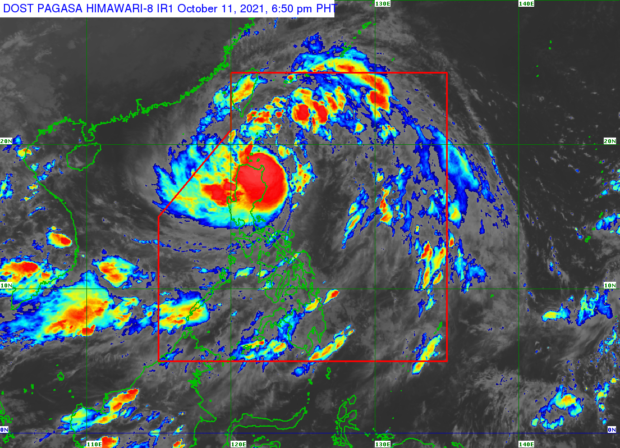 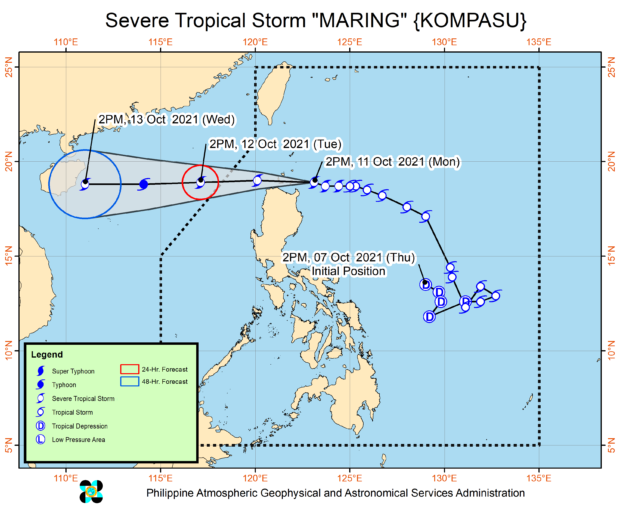 As for the gale warning, Pagasa said it was raised over the seaboards of localities where Signals No. 2 and 1 are in effect because rough to high seas with waves ranging from 2.5 to 7.5 meters in height may be experienced in these areas.

“Mariners are advised to remain in port or take shelter in port until winds and waves subside,” Pagasa said.