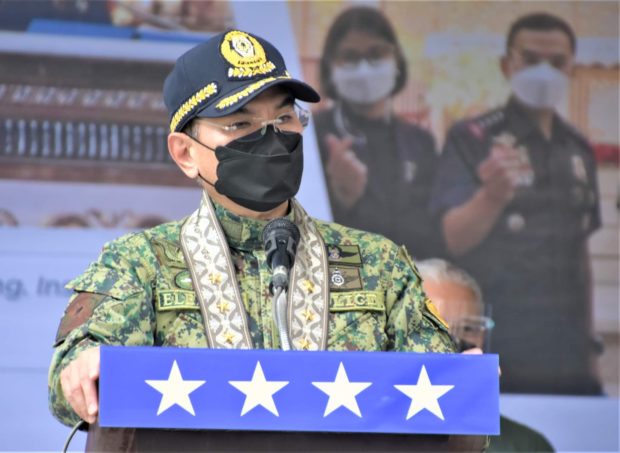 “I commend our personnel at the Cadiz City Police Station led by PLt. Col. Rocky Desear for the speedy resolution of the killing of senior high school teacher Jessica Ducay,” said Eleazar, who was in Negros Occidental last Saturday.

The teacher was alone in the house when the suspect hit her head with a hammer and stabbed her to death.

Two days later, the police arrested Delleon Del Rosario, who was accused of stealing P79,000 from the teacher.

Footage from two closed-circuit television cameras showed that Del Rosario was the lone person who entered and exited Ducay’s house, bringing the victim’s bag after committing the crime.

Read Next
India, China trade blame for break down in border talks
EDITORS' PICK
DOH: 28,471 new COVID-19 cases in PH; active cases now 284,458
On Day 2 of implementation, gov’t says workers now exempt from ‘no vax, no ride’ policy
Over 3 Million worth of prizes to be won at Smart Padala’s SENDali Manalo Promo!
Acer starts the year off strong with the Aspire Vero National Geographic Edition
Metro Manila posts lowest temperature yet this ‘amihan’ season at 19°C
Gear up and get ready to play with Yamaha Mio Gear
MOST READ
Derek Ramsay on being married to Ellen Adarna: ‘Gumaan ‘yung mundo ko’
Emma Stone calls Andrew Garfield a ‘jerk’ after he ‘lied’ about his ‘Spider-Man: No Way Home’ appearance
Lucky plants to grow in 2022
Retirements prompting major reshuffle in PH military
Don't miss out on the latest news and information.